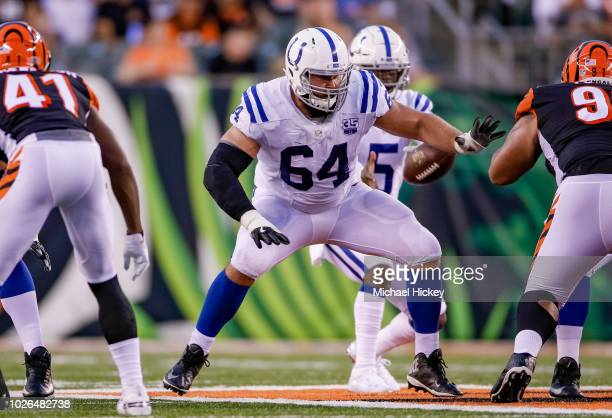 Two weeks away from the start of the new league year and the opening of free agency, it’s quite clear the Pittsburgh Steelers need some help along the offensive line.

Fortunately for the Steelers, General Manager Kevin Colbert and head coach Mike Tomlin, there will be some affordable, starting-caliber offensive lineman on the free agent market that could fit into the Steelers’ budget and play-style moving forward.

One such name is a guy the Steelers should be familiar with, considering he played college football in their back yard and is a Pennsylvania native, not to mention holding down a prominent starting role in the AFC for the last four seasons.

Indianapolis Colts’ free agent right guard Mark Glowinski is that name, one that Bleacher Report’s Kristopher Knox tabbed as not only the best bargain free agent along the offensive line, but also a great fit for the Steelers in free agency.

“Glowinski is a better run-blocker than a pass protector, he was responsible for only two sacks allowed and two penalties in 2021, per Pro Football Focus. PFF projects a deal worth $6.25 million annually for Glowinski,” Knox writes. “The Steelers offensive line was a liability in 2021, and Pittsburgh ranked just 29th in yards per carry—despite having a good young back in Najee Harris. Replacing impending free agent Trai Turner with Glowinski at right guard would be a logical move for Pittsburgh, and it shouldn’t be a particularly costly one.”

Mark Glowinski and Danny Pinter displacing the nose tackle with ease on the 3rd down run pic.twitter.com/EFo7x299Pw

According to PFF’s contract projections, Glowinski is projected to land a three-year, $18.75 million deal with $13 million guaranteed, making him an instant starter wherever he lands. Quietly, Glowinski was a huge part of the success in Indianapolis over the last four years when healthy, especially I in the run game where he was routinely one of the better run-blocking guards in football.

With a hopeful view of #NFLFreeAgency

If the #Texans could temp Mark Glowinski from the Colts, he'd be an upgrade at RG. Unheralded member of that line, but like his attitude in the run game.

A potential mid-priced FA the position the #Texans can target with much excitement. pic.twitter.com/sQk9exFLsr

Pass blocking is certainly an issue with the West Virginia product, but if the Steelers are to truly lean into the run-heavy scheme with running back Najee Harris already in the fold, Glowinski could be an ideal fit at right guard moving forward, all while being a bargain financially.