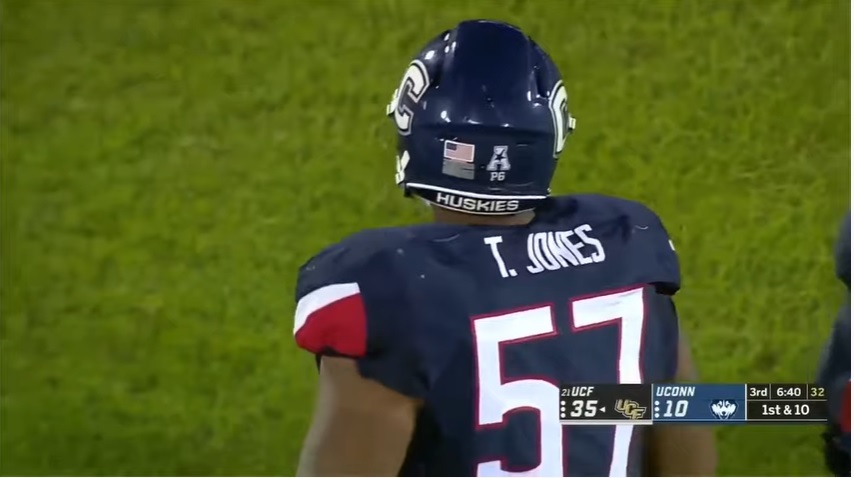 There is a laundry list of needs for the Pittsburgh Steelers to help solve before they can be mentioned in the same sentence as the league’s elite. Although not far off in some positions, one sticks out like a sore thumb, and that’s defensive line. The run defense was atrocious last season, ranking dead last in the league as injuries took a heavy toll. Digging a bit deeper, the ages of the three starters up front stands out as well, with Cameron Heyward, Tyson Alualu and Stephon Tuitt turning 33, 35 and 29, respectively, prior to the 2022 season. Although the recent news on the Tuitt front seems upbeat, the jury is still out as to whether he’ll play at all.

One interesting name to keep an eye on is defensive tackle Travis Jones of UConn, who met recently with Pittsburgh at the NFL Combine. At 6-foot-4 and 325 pounds, he certainly fits the size-prototype that the team looks for along their defensive front. He’s a wide body who possesses the anchor and strength at the point of attack to more than hold his own in the middle of a defense. A recent Senior Bowl invite, Jones was seemingly unblockable the entire time in Mobile, where he frequently kicked the opposing linemen right out of the club. He did go on to note that one name in particular gave him fits down there, in the form of Boston College’s Zion Johnson, whose short, squatty stature gave him a leverage advantage.

Although his 40 time at the NFL Combine didn’t send Twitter into a frenzy like Georgia’s Jordan Davis, Jones very quietly ran a 4.92 which at 325 pounds is very impressive. Although Isaiahh Loudermilk played well in his rookie campaign, reinforcements are needed if the team intends to improve from that 32nd ranked run defense.  Add in the question mark that is Stephon Tuitt, and the defensive line could become a problem area in short order.

When pressed about some of the strengths he brings to the table for NFL franchises, Jones was confident in his answer.

“I feel like I can stop the run pretty well, and as a nose, I think I’m pretty good at the pass rush.”

Check out our full report on Jones below.