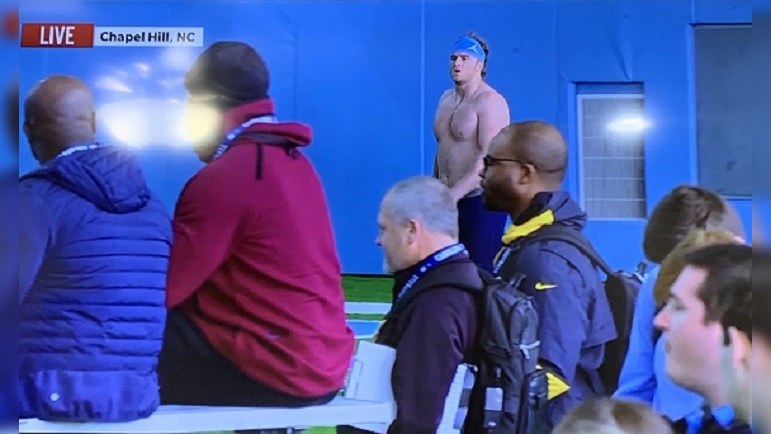 GM Kevin Colbert is also in attendance, picking up where he left off following a busy Pro Day circuit last week. Colbert had stopped by North Carolina throughout the fall to watch practice, so it’s no surprise to see him show up today. Offensive coordinator Matt Canada has also made the trip to watch the workout.

Interestingly, QBs Coach Mike Sullivan is not believed to be in attendance. He was not included among the list of QB coaches at North Carolina per this tweet from Jim Nagy, who has been helpful in tracking Pro Day information throughout the month. Nagy also notes QB Sam Howell plans to throw again for coaches who, like Tomlin, were unable to make the session due to the leagues owners’ meetings.

Howell is the top prospect to watch. Once regarded as a first-round pick, a down 2021 season caused his stock to dip. He’s now viewed as a borderline Day 1 selection and more likely to hear his name called early on Day 2 of the draft. Howell shows a plus arm, mobility, and toughness, but lacks overall size and was too determined to take off and run this past season.

In our draft profile of Howell, Jonathan Heitritter concluded:

“Personally, Howell falls in-between the two as he possesses the arm talent and mobility needed to succeed in the NFL game but shares similar flaws that either must be ironed out by coaching or masked by scheme.”

Other prospects to watch include RB Ty Chandler, EDGE Tomon Fox, and a couple of late-round/UDFA linemen in Joshua Ezedu and Marcus McKethan.

Be sure to follow our updated Pro Day tracker to follow all of the Steelers’ movement throughout today and the rest of the week.