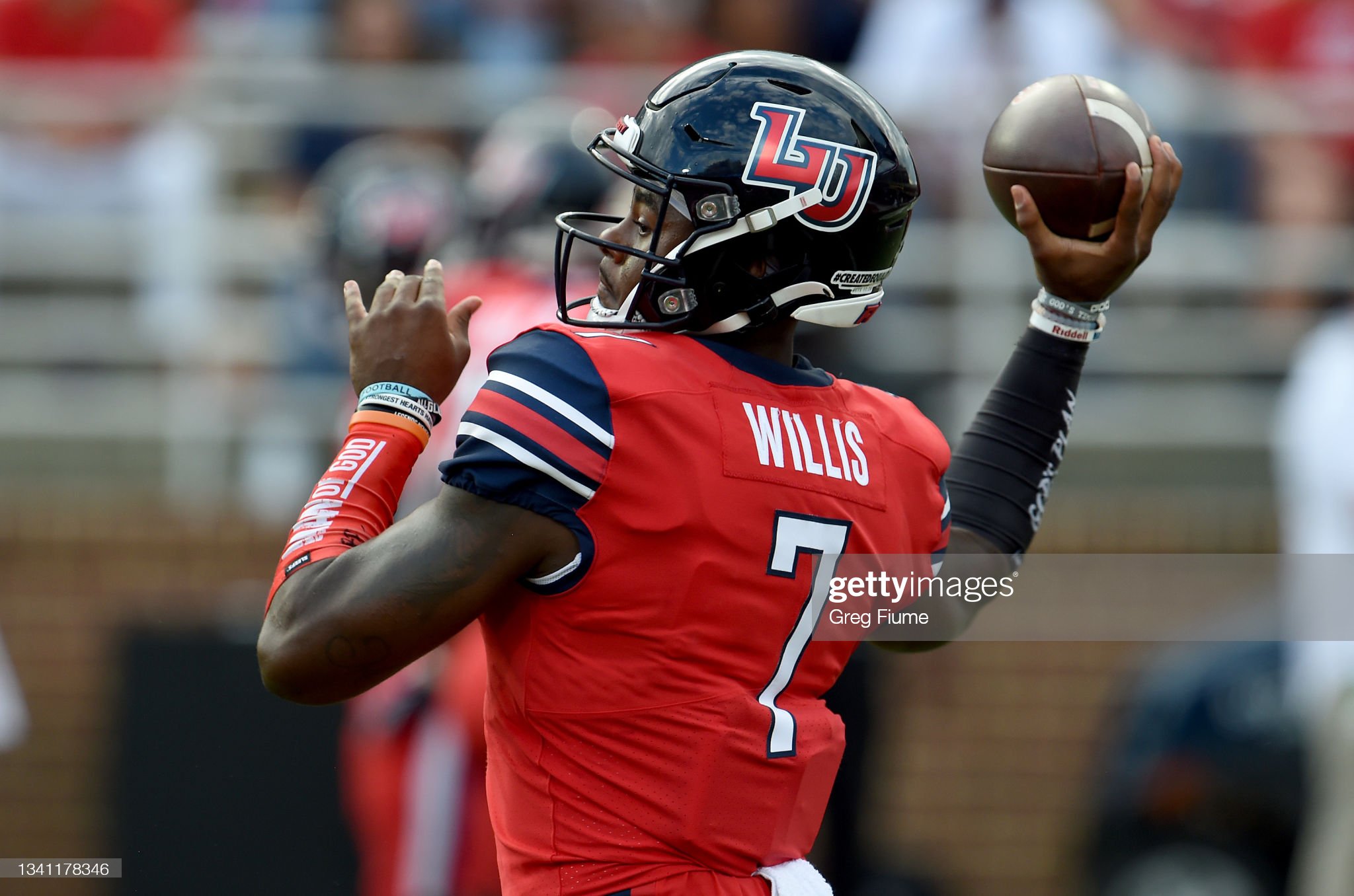 A pair of major moves involving star quarterbacks happened in the NFL on Tuesday, potentially clearing the way forward for the Pittsburgh Steelers to land a potential franchise signal caller in the 2022 NFL Draft without needing to trade up, at least according to the latest mock draft from ESPN’s Todd McShay Wednesday morning.

With Aaron Rodgers staying in Green Bay and reportedly agreeing to a four-year, $200 million deal, and Russell Wilson being traded from the Seattle Seahawks to the Denver Broncos Tuesday for a package including the No. 9 overall pick, things are shaping up nicely for the Steelers in their search for a quarterback, especially one in particular in the 2022 NFL Draft.

Things worked out well in McShay’s latest mock as the Steelers were able to sit tight at No. 20 overall and land Liberty QB Malik Willis, snagging the Liberty star as the second quarterback off the board behind Pitt’s Kenny Pickett at No. 11 to the Washington Commanders.

“We saw the arm strength in Indianapolis. We know he’s terrific on second-reaction throws. And it’s pretty clear he has the most upside of the class’ quarterbacks,” McShay writes. “Is he ready to take over right away? That’s another discussion, and the Steelers might want to sign a Mitchell Trubisky or Teddy Bridgewater to avoid the necessity of throwing Willis out there in Week 1. But Pittsburgh needs a franchise quarterback, and Willis has arm talent, great mobility and outstanding field vision. If developed effectively, he can keep the Steelers — who already have a good defense and some offensive playmakers — relevant in the QB-loaded AFC North.”

The Willis/Steelers connection is definitely starting to feel real — if it wasn’t already for some — and he continues to be the leader in the clubhouse for the Steelers, in terms of their start-to-finish interest with guys in the draft process, much like Najee Harris, Devin Bush, and even T.J. Watt were in the past.

When the Steelers identify a guy that they like, they don’t care who knows. Being able to sit at No. 20, retain future picks in the process and land their guy would be a huge win overall for the franchise, and would quickly push the rebuild/retool forward.

Like McShay writes though, if the Steelers do invest in Willis, they need to make sure an experienced veteran is signed in free agency, allowing Willis to be buried on the depth chart without the temptation of playing him in Year 1, allowing him to fully develop behind the scenes under well-renowned quarterbacks coach Mike Sullivan. A combination of Mason Rudolph, a veteran like a Mitchell Trubisky/Teddy Bridgewater/Tyrod Taylor/Jacoby Brissett and Dwayne Haskins would be a solid starting point overall, especially in training camp.

Elsewhere in the AFC North, McShay has the Cleveland Browns adding a freak athlete in the trenches on the defensive side of the football, grabbing Georgia iDL Devonte Wyatt at No. 13 overall, and the Baltimore Ravens upgrading the offensive line at No. 14 overall, grabbing Northern Iowa standout tackle Trevor Penning. McShay has the Bengals grabbing a perceived Steelers’ fan favorite at No. 31 in Boston College IOL Zion Johnson, giving Joe Burrow some protection.

As ESPN’s Adam Schefter noted Wednesday morning, the 2022 NFL Draft is just 50 days away. Buckle up.