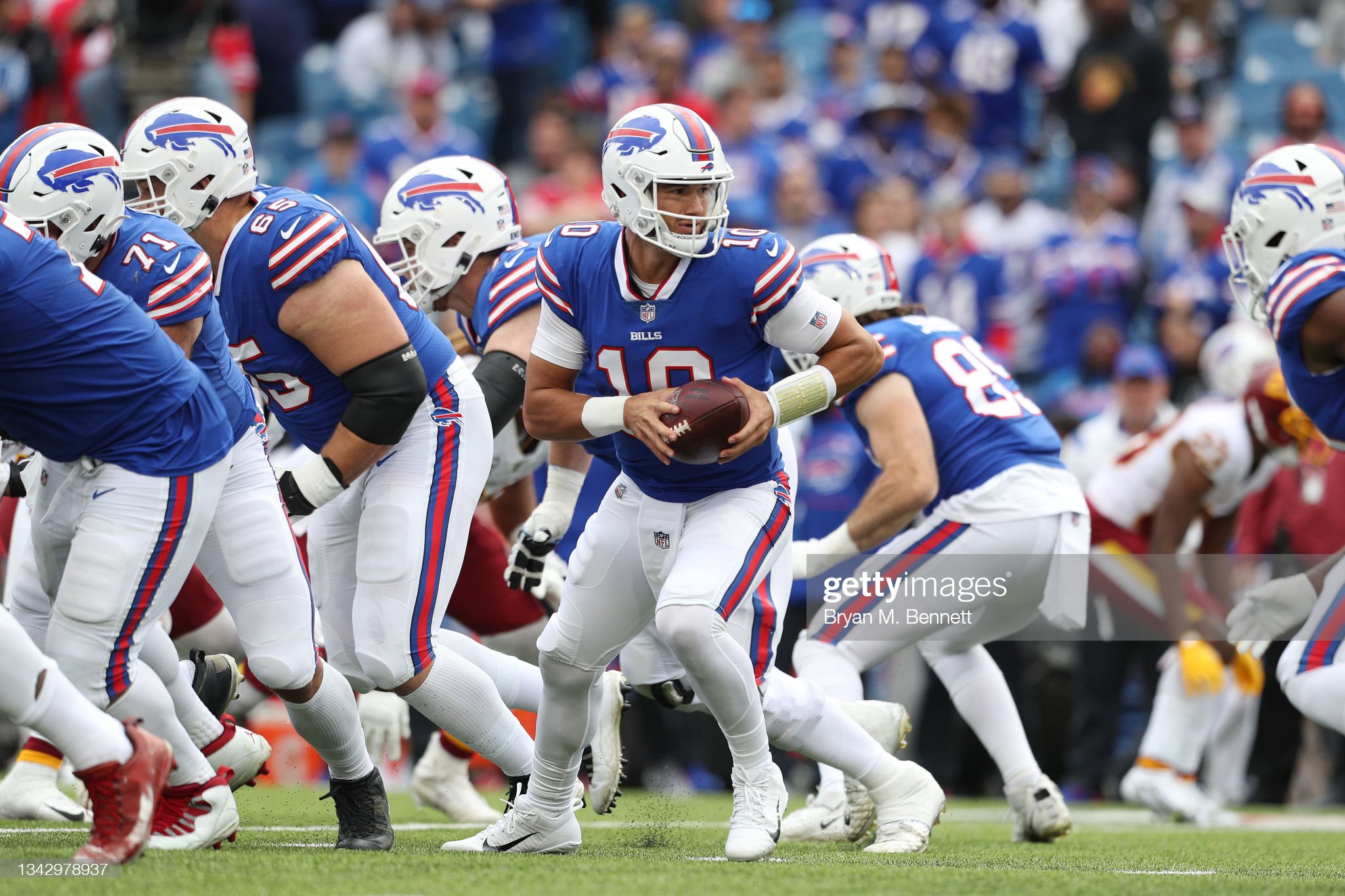 Early returns on the Pittsburgh Steelers’ signing of veteran quarterback Mitchell Trubisky to a two-year, $14 million deal with incentives up to $27 million are relatively mild.

Some are ecstatic with the move, given that he fits the Matt Canada offense a bit better than Mason Rudolph and brings pedigree and mobility to the position. Others are rather low on the move entirely, believing that the move signals a foray into mediocrity for the black and gold in the post-Ben Roethlisberger era.

On the surface, it’s a move for a bridge quarterback, one to hopefully help the Steelers transition into a new era once they identify and acquire their next (hopeful) franchise quarterback, of which Trubisky is not.

However, Bleacher Report’s Ian Wharton took the dislike for the Trubisky move a step further, calling the Steelers’ signing one of the eight worst moves of the offseason.

“The quarterback market is often oversold and overhyped prior to the opening of free agency, and it happened again with Mitchell Trubisky,” Wharton writes. “Rumors had Trubisky signing for $10-15 million per year, and he had earned praise as a good reclamation project despite throwing just eight passes for 43 yards with an interception in 2021. So, compared to that salary expectation, the Pittsburgh Steelers’ two-year, $14 million deal wasn’t bad.

“Trubisky will likely compete for the starting job with a rookie. The issue with the deal was the timing and downside of acquiring Trubisky instead of a better veteran,” Wharton added. “Pittsburgh could have waited to see if Matt Ryan or Derek Carr would become available. Or it could have traded a draft pick for Jimmy Garoppolo. Any of those options would have made the Steelers a playoff contender. Instead, they will hope Trubisky does not hold the offense back like he has throughout his career. Trubisky made more sense as a high-end backup than someone to lead a veteran roster to mediocrity or worse.”

While it would have been nice to potentially wait around for a talent like a Derek Carr, the Steelers were never going to seriously considering parting with the trade capital necessary to acquire a quarterback of Carr’s talent to then just turn around and hand him a massive extension. That’s not how they operate, and they likely never will.

Instead, the Steelers identified a clear scheme fit in Trubisky, one that the Steelers have done a lot of homework on going back to his Pro Day at North Carolina in 2017. They were comfortable with the player, and got him well below market value overall. That’s a win, at least in my book.

The move to sign Trubisky also does not take the Steelers out of the running for a rookie quarterback in the 2022 NFL Draft. In fact, based on all the moves that the Steelers have made in recent days, it opens up the possibility of the Steelers really going all in and burning some draft picks in a trade to move up from No. 20 overall, or jump back into the first round again at the back end of the round.