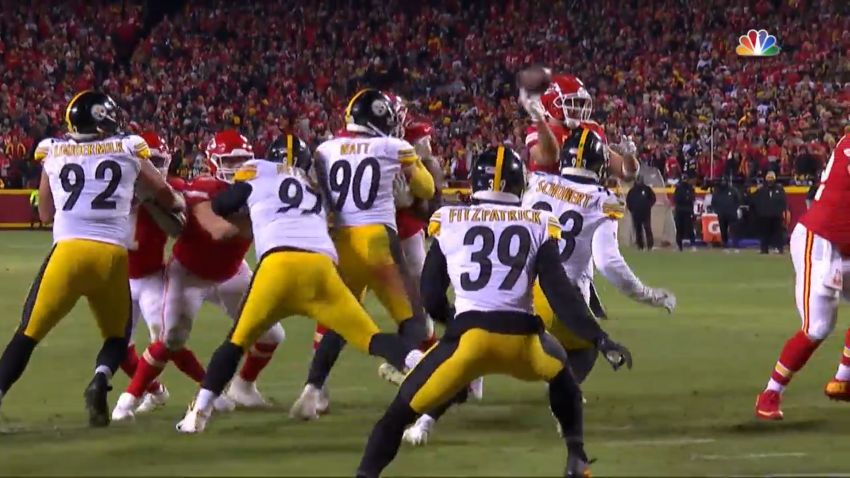 Those critical March power rankings I’m sure the NFL cares very much about. But with the first wave of free agency over, one that saw a very aggressive Pittsburgh Steelers team in action, NFL.com has released updated power rankings to reflect all the crazy movement the league has seen (with more on the way).

In Dan Hanzus’ updated rankings, he pegs the Steelers as the 20th best team in the league. That’s up two spots from his previous ranking. Here’s how he assess the Steelers’ current roster:

“Yes, there was much internet snarking when the Steelers agreed to a two-year contract with Mitch Trubisky. We get it: Trubisky was a bust as the No. 2 overall pick of the Bears and spent 2021 in anonymity as Josh Allen’s understudy. But Trubisky remains young (just 27) and mobile, and will give Pittsburgh things late-period Big Ben simply could not supply. Simply put, Trubisky is a sensible dice roll with no other obvious upgrades on the market. The question that lingers: Will the Steelers roll into 2022 committed to the Trubisky redemption project — or will they use an early draft pick on a quarterback? And might Pittsburgh make a move up the board to get the prospect they want?”

Hanzus seems more optimistic about the Trubisky signing than others. At the least, Pittsburgh signed him to a reasonable, team-friendly contract they can easily wiggle out of if Trubisky looks no different than his team with the Bears. Still, the likelihood that he will be the Steelers’ starter next season makes it hard to put Pittsburgh in the top half of teams.

The rest of his commentary centers about the future of the position and if the team will add a long-term, franchise option in the draft. They’ve already shown plenty of interest in Pitt’s Kenny Pickett and Liberty’s Malik Willis. Though quarterback is a roster’s most important piece, Hanzus disappointingly doesn’t talk about any other aspect of the roster. The upgraded offensive line, the development of young skill players, and a defense that looks to be in much better shape compared to a year ago.

Still, his 20th ranking is a fair one, especially considering the tough AFC North the Steelers play in. That’s reflected in the rest of his power rankings. The Cincinnati Bengals (#4), Cleveland Browns (#14), and Baltimore Ravens (#15) all come in ahead of the Steelers.

But it’s the Buffalo Bills who take the top spot in Hanzus’ rankings, with the Super Bowl champs L.A. Rams right behind them. Bringing up the rear are the Houston Texans, one spot behind even the lowly Jacksonville Jaguars.