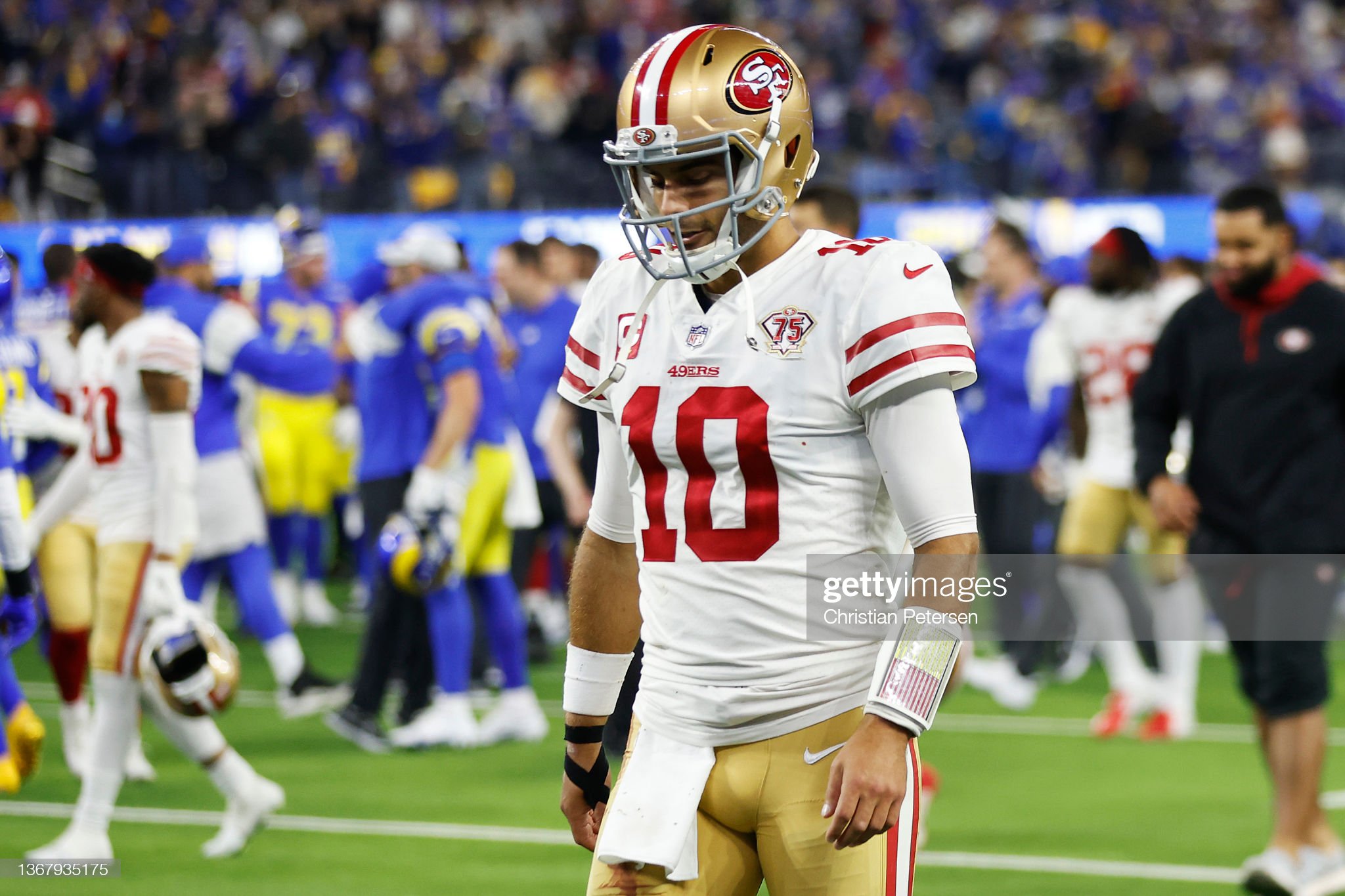 The Pittsburgh Steelers are going to add a quarterback or two in the offseason, that much is certain.

What’s uncertain is the avenue in which they add those quarterbacks, whether that’s via free agency, a trade, or in the 2022 NFL Draft, not to mention who those names are.

ESPN NFL Insider Field Yates has one name in mind for the Steelers though, predicting that current San Francisco 49ers quarterback Jimmy Garoppolo will be the Steelers’ Week 1 starter to open the 2022 season, meaning the Steelers would acquire the veteran quarterback via trade.

“With Lance forecasted as the starter in San Francisco, Jimmy G needs a new home and Pittsburgh checks some of the proper boxes,” Yates writes. “The Steelers have a massive need, cap space to afford him and are far enough down in the draft order in a class that doesn’t offer any surefire quarterback prospects that a veteran trade makes sense to keep this team in the playoff mix.”

The Steelers certainly do check a lot of boxes when it comes to a potential marriage with Garoppolo, including the need and the ability to fit his $24.2 million cap hit in 2022 under the books.

So, people think the Steelers will trade for Jimmy Garoppolo & the one-year left on his contract that has a $24.2M base salary in 2022? What are those people saying the #Steelers give up for that & what kind of extension are they thinking he'll be signed to after trading for him?

However, the Steelers wouldn’t be trading away anything significant as far as draft capital for a one-year bridge in Garoppolo, so the Steelers would need to extend him in that scenario. Add in the fact that the Steelers do sit at No. 20 overall in the 2022 NFL Draft, it’s hard to see how they’d land a QB of their liking at that spot without trading up, so maybe someone like a Garoppolo on the trade market is the way to go.

It’s worth mentioning though that Garoppolo is undergoing shoulder surgery and will miss 16 weeks, putting him out of OTAs and minicamp with the target date of return coming before the start of training camp. That could be a tough sell for the Steelers, GM Kevin Colbert and head coach Mike Tomlin has Garoppolo won’t be able to even take the field with his new team until late summer, missing a lot of the install days of the offense and building that general rapport with teammates, especially his pass catchers.

49ers’ QB Jimmy Garoppolo is expected to soon undergo shoulder surgery that would sideline him until this summer, sources tell ESPN. It is not expected to impact his trade status and Garoppolo still is likely to be traded this month, per sources.

Some team is still going to take a chance on Garoppolo, considering he’s a “winner” and brings a ton of high-level football experience to the table. The Steelers very well may take a swing at the veteran signal caller now that he’s available. There’s just some red flags to be concerned with, including his contract and his current health.