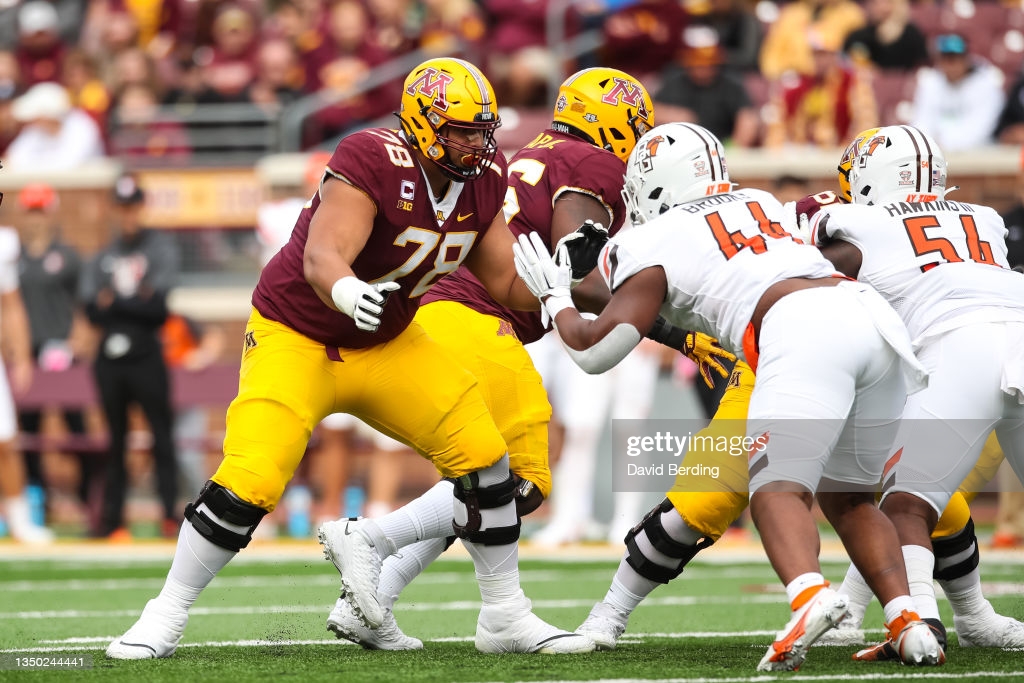 Mike Tomlin and Kevin Colbert will grab the headlines at Wednesday’s massive Georgia Pro Day, but they aren’t the only Steelers on the scouting trail. New offensive line coach Pat Meyer is at Minnesota’s workout to watch hulking OT Daniel Faalele. We spotted Meyer and another Steelers’ personnel member, appearing to be College Scouting Coordinator Phil Kreidler, in this tweet from reporter Daniel House covering the workout.

You can see Meyer and another Steeler standing here. 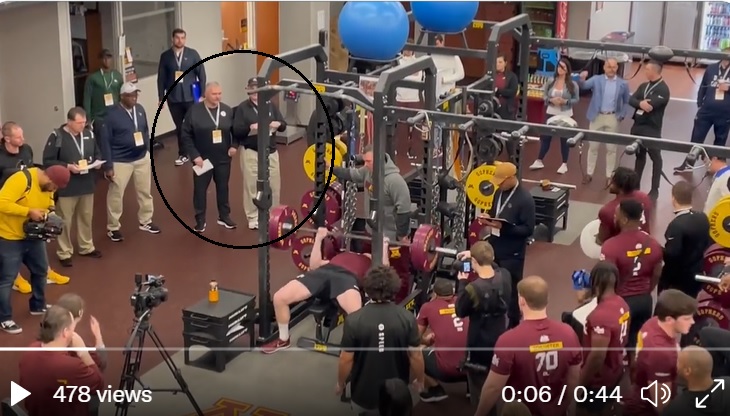 At 6’8″, 387, Faalele is the biggest player in this draft. Despite his size, he’s regarded as an impressive athlete. Despite opting out of the 2020 season, he still started 31 games for the Golden Gophers. Relatively new to football, he grew up in Australia playing rugby before getting into American football in 2016.

At today’s Pro Day workout, he jumped 29.5 inches in the vertical and 7’10” in the broad. Not the most impressive numbers but given his size, they are largely expected. The vertical is actually pretty good for a dude of his frame.

Our scouting report of him concluded by writing:

“Having the coaching talent to develop Faalele is the key for him no matter where he lands, because the raw tools are there. His feet allow him to act naturally in his pass sets, while his length keeps rushers at bay. As for his hand placement, he has a relentless grip that follows his forceful punch that keeps him in control. Despite his inexperience, he doesn’t draw many flags.”

He is expected to be a Day 2 selection. Pittsburgh re-signed OT Chukwuma Okorafor but are clearly doing their homework on a deep offensive tackle class. Okorafor did sign a team-friendly, pay-as-you-go type of contract, too.

Check out out full report and feature piece on him below.