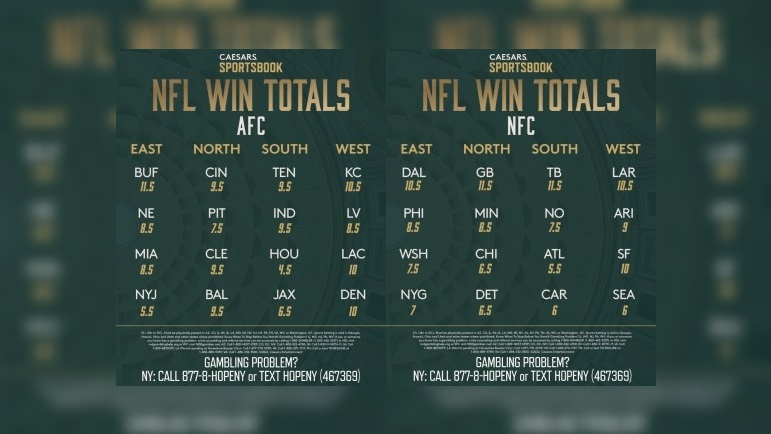 With March coming to a close, and with the 2022 NFL free agency signing period now seemingly slowed to a drip, Caesars Sportsbook has now updated their win total lines for all 32 teams on Thursday. That update includes them now having the Pittsburgh Steelers essentially below the middle of the pack when it comes to their 2022 win total line.

According to the latest Caesars Sportsbook update, the Steelers over/under win total line for 2022 now sits at 7.5. That means the line is marked as the Steelers losing more than half of their games in 2022. The Steelers last had a losing record in 2003 when they finished the season at 6-10 under head coach Bill Cowher.

The Steelers have the lowest win total line in the AFC North right now. The other three AFC North teams, the Cincinnati Bengals, Cleveland Browns and Baltimore Ravens, all have win total lines of 9.5.

The Steelers, by the way, now have the lowest win total line of any reigning playoff team.

So, what say you? Are you taking over or under 7.5 wins for the 2022 Steelers as we sit here on this last day of March?