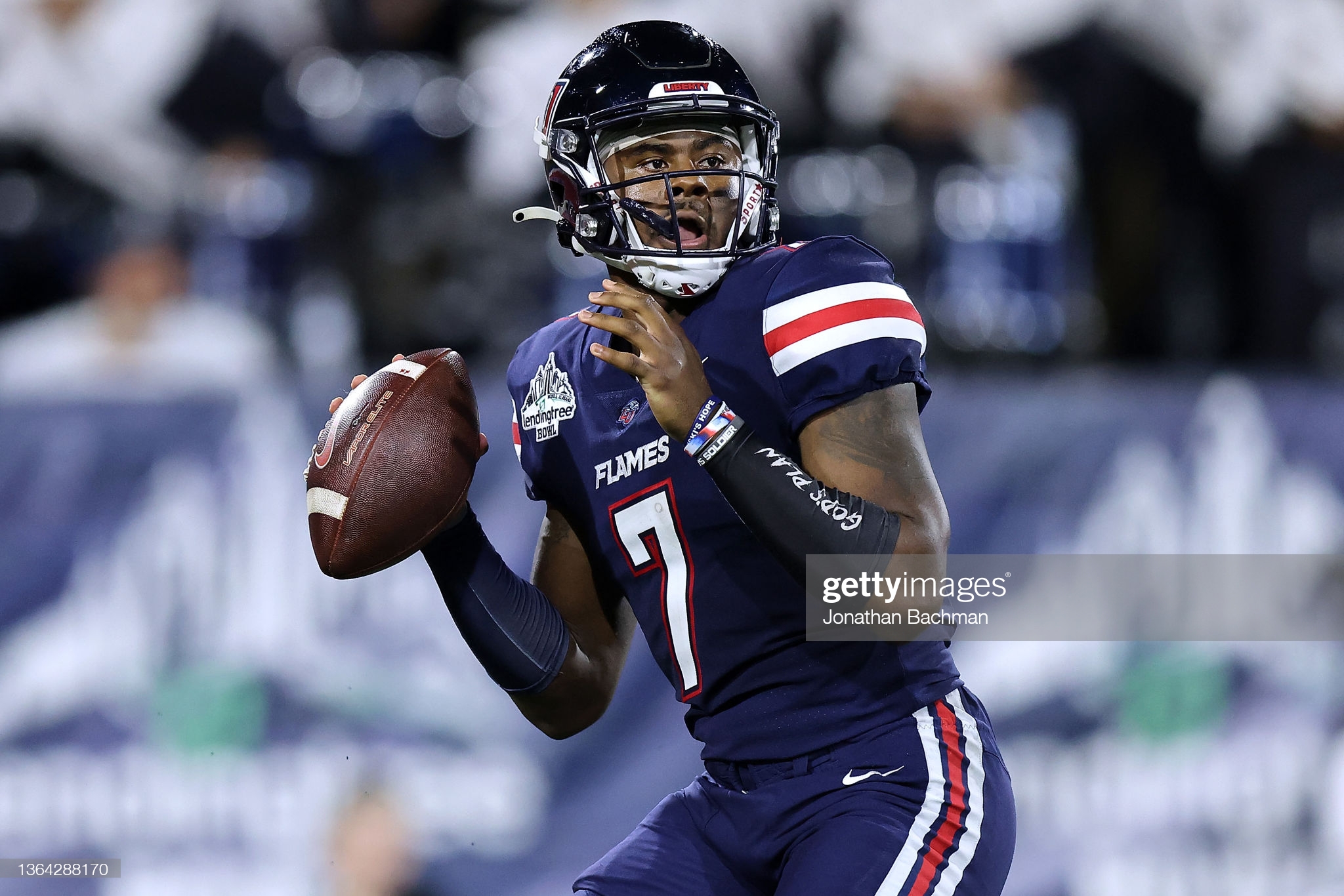 After a busy offseason to date, especially in the early portion of free agency, for the Pittsburgh Steelers and General Manager Kevin Colbert, Pittsburgh moves closer to the 2022 NFL Draft in a great position overall.

Plugging holes along the offensive line, in the secondary and at inside linebacker, the Steelers find themselves in a strong position overall ahead of the start of the 2022 NFL Draft in late April, allowing them to go best player available, or be aggressive and move up to land the quarterback they envision.

It was the best of both worlds in the latest mock draft from ESPN’s Mel Kiper Jr. Tuesday morning, as the Steelers didn’t need to move off of No. 20 overall, and were still able to land Liberty QB Malik Willis.

“The structure of Mitch Trubisky’s new contract with Pittsburgh — just $5.25 million guaranteed over two years — means this organization absolutely could draft a quarterback here,” Kiper Jr. writes. “Trubisky could be a bridge to Willis, who is raw but supremely talented. As I said when I projected him to the Steelers in my previous mock, he is the most talented quarterback in this class. Willis could compete with Trubisky, Mason Rudolph and Dwayne Haskins in training camp, but he wouldn’t be under immediate pressure to start in Week 1. That would be crucial for him.

“If the Steelers go a different direction, they still have holes to plug along the offensive line and in the secondary.”

While the Steelers did agree to terms with veteran Mitch Trubisky on the first day of the legal tampering period, as Kiper Jr. points out, his contract in Pittsburgh does not hinder the Steelers from going and getting a rookie at the position, especially one like Willis, who needs a full year to truly sit and develop overall.

As Kiper Jr. writes, Willis is the most talented quarterback in the class, and certainly has the highest ceiling, one with traits that you bet on in today’s NFL. Willis is the second quarterback off the board in Kiper Jr.’s mock, with Pittsburgh’s Kenny Pickett going No. 18 to the New Orleans Saints.

Though we are still nearly a full month away from the start of the first round, it’s hard to not envision the Steelers spending some of the draft capital on Day 2 on a trade to move up higher than No. 20 to ensure they land a guy like Willis, who has been connected to the Steelers from the jump.

The Liberty Pro Day is today, so we’ll see if Colbert, Mike Tomlin, and the rest of the Steelers’ contingent heads to Lynchburg, Virginia Tuesday to watch one of the top QBs put on a show.