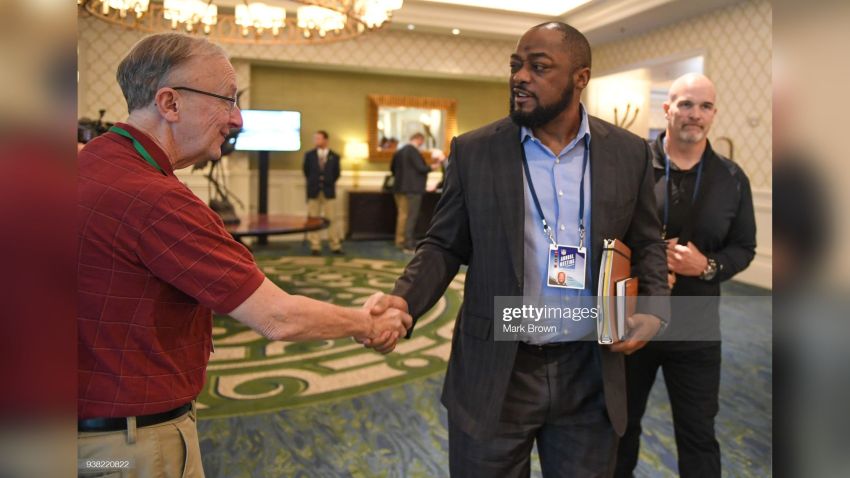 Anybody who has followed American sports on the national level for a while, specifically the NFL, probably knows who John Clayton is. A lot of people who never cared about sports may have at least seen him before—he is the subject of what I would argue is one of the all-time great commercials.

Clayton passed away yesterday evening following what has been said to have been a brief battle with illness. The longtime ESPN national reporter got his start covering the Pittsburgh Steelers, however, beginning in the early 1970s before relocating to Washington and covering the Seattle Seahawks. The Braddock native continued to have a connection to Pittsburgh and the Steelers, however, even after jumping to the national stage with ESPN in 1996. The team paid tribute to him after the news was published last night.

“We are very saddened to learn of the passing of John Clayton”, the issued statement reads. “He was a Pittsburgh media icon who covered the Steelers for over a decade in the 1970s and 1980s, and he continued to follow and report on the team even when he moved on to become one of the most respected NFL national reporters. Our thoughts are with his wife, Pat, during this difficult time”.

Clayton was just 67 years old at the time of his passing, and had spent much of his time in the later years of his life serving as caretaker for his wife, who suffers from multiple sclerosis and requires a wheelchair for mobility. She was at his side in the hospital when he passed.

The broadcasting legend enjoyed a long career of excellence, which was recognized multiple times. He received the Pro Football Hall of Fame’s Dick McCann Memorial Award in 2007, bestowed by the Pro Football Writers Association of America, for long and distinguished reporting on professional football. He was the first ESPN reporter to ever receive the award, which had begun in 1969. It is now known as the Bill Nunn Memorial Award, which seems amply fitting.

Clayton certainly seemed to have a tireless work ethic, and never stopped working. Just in the past couple of weeks he broke down the Russell Wilson trade for his Seattle Seahawks, who traded their franchise quarterback to the Denver Broncos.

The thing that stands out most in the wake of his passing, however, is the universal gratitude expressed from those who were in his presence, especially colleagues, who all have described how selfless he was with his time, aiding young journalists in the field in any way that he could.

I can’t imagine that anybody who regularly reads Steelers Depot isn’t familiar with John Clayton and at least something of his legacy, even if you weren’t aware just how close to home this ultimately hits. He began covering the Steelers as a teenager during the Immaculate Reception season in 1972, graduating from Duquesne in 1976.

John Clayton worked his way up the beat from the St. Mary’s Daily Press to Steel City Sports, eventually beginning to do radio work before joining the Pittsburgh Press full-time after college. He would continue there for a decade before moving to Seattle, and a decade after that, becoming a nationally-recognized and nationally-respected figure with ESPN. He has since inspired a generation—or two—of reporters who followed.