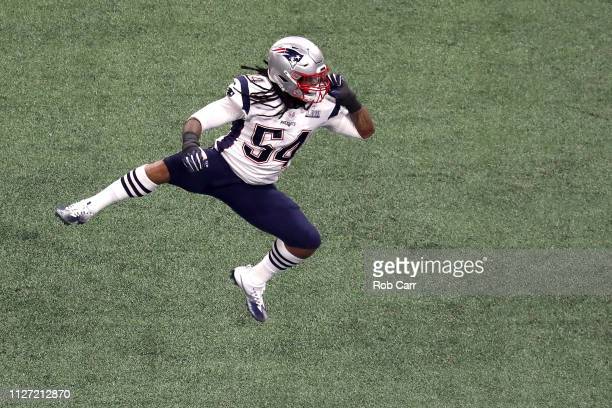 For the Pittsburgh Steelers, the past week has been a whirlwind of smoke. From rumors of being involved in the DeShaun Watson sweepstakes to a recent report of still being interested in acquiring Pro Bowl defensive tackle Fletcher Cox, it’s been an interesting past few days to say the least. One thing is for certain, and that is the free agency foray is here. With many needs and an ample amount of salary cap room, this year more than ever could prove crucial if Pittsburgh plans to not only make it back to the playoffs but also contend for a Super Bowl title.

One need that definitely needs sufficient upgrades is the run defense, where last year the team ranked dead last. A name that could help improve that, along with the overall health of the defensive line, could be former Patriots inside linebacker Dont’a Hightower. A run-stuffer extraordinaire, he brings a championship pedigree to a team that could definitely use some physicality on that side of the ball. There are several reasons why I could tie this into existence, based on not only need, but prior interest as well as other factors.

In the 2012 draft, the team and Mike Tomlin in particular, were reportedly enamored with Hightower. However, in need of a dominant offensive lineman, Art Rooney II intervened and obviously they wound up making the right decision, instead taking the top guard in the draft, David DeCastro, whose freefall was a giftwrapped to them. Up until the 2020 season, his presence was a rock-steady one along the offensive line, helping lead some of the best offenses the Steelers have ever put onto the field.

After becoming a free agent in 2017, the inside backer spot was again a need and the Steelers indeed courted him, almost to the point of prying him from the Patriots. However, it was not to be, as he reportedly left money on the table, spurning Pittsburgh for the Pats.

Perhaps the Steelers will try to rekindle the flame in a few days, and revisit a player who would arguably improve a sore spot? Hightower will turn 32 this week, and at this point in his career, might be a two-down player. However, with a lot of salary cap room, the team could easily offer him a mid-level deal, laced with incentives in hopes that he can rectify the middle of their defense. No doubt a healthy Tyson Alualu and Stephon Tuitt, if he returns, will help. Also, his influence on Devin Bush, who’s facing a make-or-break year himself, would be huge. If Bush can regain his pre-injury form, it would add another element to this defense, with Minkah Fitzpatrick on the back end, and Cameron Heyward and T.J. Watt wreaking havoc on the front.

I will leave you with this; what about the Brian Flores factor? The ex-Pats’ defensive coordinator, Hightower was once Flores’ on-field general, commanding the green dot. Let me know your thoughts below, but to me, the stars seem to be aligned on this one.