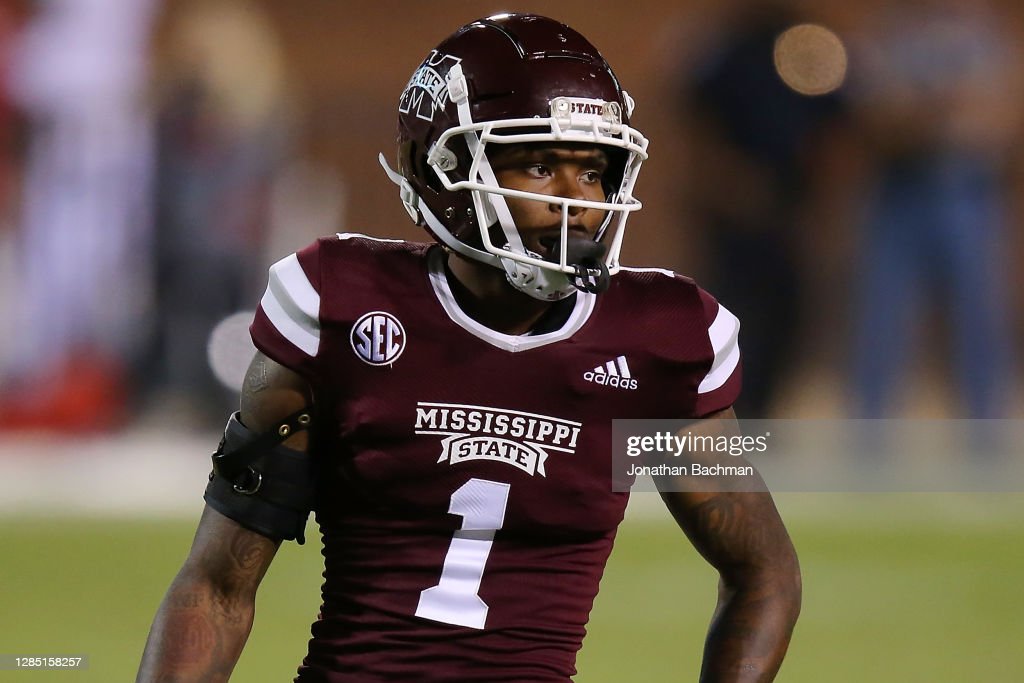 Mock drafts can often be monotonous, especially this time of year where you see the same names and the same explanations for players landing in similar spots. Lather, rinse, repeat until draft time.

Fortunately for the scouting department over at Bleacher Report, they went in a curious direction for the Pittsburgh Steelers in their latest three-round mock draft, post-NFL scouting combine, pairing the Steelers with two names in the second and third round that haven’t quite been tied or connected to the Steelers at all, providing a bit of a fresh perspective this time of year.

In the first round of the three-round mock draft, Bleacher Report’s scouting department paired the Steelers with a familiar name at No. 20 overall, grabbing Pittsburgh quarterback Kenny Pickett as the third quarterback off the board without the Steelers needing to move up. Malik Wills went No. 9 overall to Seattle, while Washington grabbed Desmond Ridder at No. 11.

“Cause for concern regarding Pickett should involve his upside and the fact he’ll turn 24 before he ever takes a regular-season snap. Even so, his floor might be as high as any quarterback in this class, which makes him intriguing for teams such as the Pittsburgh Steelers that are looking for plug-and-play options,” Bleacher Report writes. “The Steelers aren’t loaded with great options. If they wait until the draft to find Ben Roethlisberger’s replacement, Pickett would be a fine addition considering the alternative of not addressing the game’s most important position for yet another offseason.”

Most passing TDs against the blitz in a season since 2014

Being able to grab a guy like Pickett at No. 20 overall without having to deal future draft capital would be a huge win for the Steelers, who have obviously shown a ton of interest in the Panthers’ star quarterback, having shared the same facility with him the last five years. Pickett would be able to battle for the starting job right away, and could be a legitimate franchise quarterback moving forward in the Steel City.

After selecting Pickett at No. 20 overall, Bleacher Report has the Steelers going to the defensive side of the football in the second round at No. 52 overall, grabbing fast-rising Mississippi State cornerback Martin Emerson, passing on the likes of Cincinnati’s Darrian Beavers, North Dakota State’s Christian Watson, Auburn’s Roger McCreary, LSU’s Damone Clark and Baylor’s Jalen Pitre, who come off the board immediately following the Steelers’ selection of Emerson in this exercise.

Emerson is a long, physical cornerback coming out of the SEC that likes to play downhill against the run and is at his best in zone coverage where he can allow his instincts to take over. His length and physicality help him win in man coverage too, which the Steelers run a lot of.

Getting a long-limbed, physical cornerback like Emerson to develop would be very intriguing for the Steelers, especially at No. 52 overall.

In the third round, the Bleacher Report scouting department has the Steelers flipping back to the offensive side of the football and grabbing Central Michigan offensive tackle Luke Goedeke at No. 84 overall, ahead of guys like Oklahoma DL Perrion Winfrey, Chattanooga iOL Cole Strange, Minnesota EDGE Boye Mafe, and Georgia S Lewis Cine.

B/R’s Brandon Thorn, the top OL analyst out there, believes Goedeke doesn’t have the length to stick at tackle in the NFL, which would force him inside to guard where Thorn compares him to Indianapolis Colts’ guard Mark Glowinski.

Going back to 2019 to start on Luke Goedeke (Central Michigan RT 67). Love this rep for starters:

“Overall, Goedeke is still new to the offensive line without consecutive seasons at the position and just two total seasons after converting from tight end in 2019 and missing the 2020 season with a knee injury,” Thorn writes in his scouting report on Goedeke. “He has a sawed-off, stout build with the play strength, competitive toughness and balance to make a successful transition inside. Goedeke’s demeanor and knack for staying attached to blocks using a strong latch and leg drive should allow him to compete for a job right away while presumably having room to ascend as he gains experience.”