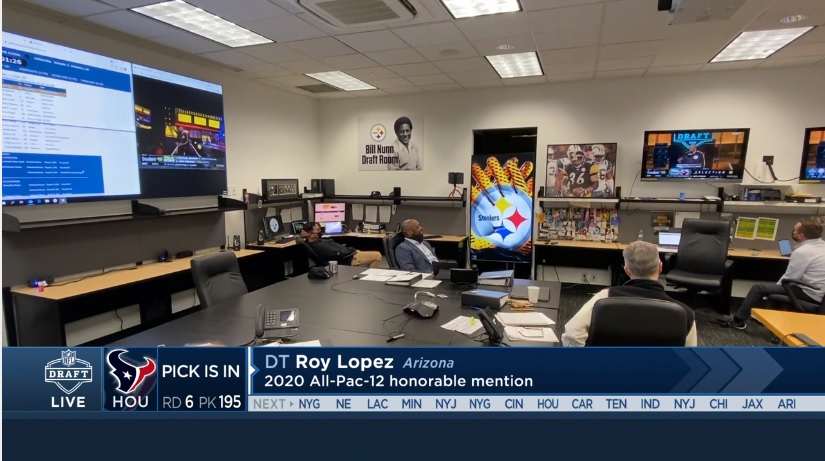 For those mock drafters out there, you can lock in the Pittsburgh Steelers’ picks. The official 2022 NFL Draft order was released Wednesday, with the Steelers’ account tweeting out the list of where they’re picking in each round.

Officially, the Steelers have picks in the:

Giving them seven selections in total this year. The compensatory selection is for the loss of EDGE rusher Bud Dupree, who signed with the Tennessee Titans during the 2021 offseason. The sixth-rounder acquired for Melvin Ingram is still listed as conditional, but I assume the conditions have been reviewed and that pick will remain at that slot.

The last Steeler to be taken 20th overall was DE Darryl Sims in 1985. Pittsburgh is not guaranteed, however, to stay at that spot, especially if they want to trade up for one of the top quarterbacks in this draft. Kevin Colbert has traded up in the first round three times in his career to acquire Troy Polamalu, Santonio Holmes, and Devin Bush.

Other first round possibilities include addressing the Steelers’ defense. That could come at a number of positions: Defensive line, inside linebacker, corner, or strong safety. Mike Tomlin and Kevin Colbert are at Georgia’s Pro Day Wednesday and could choose from a long list of players including NT Jordan Davis, ILB Nakobe Dean, and SS Lewis Cine.