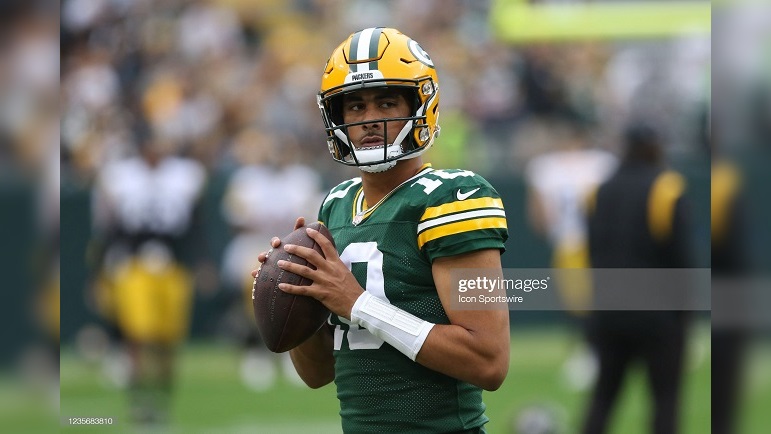 While the quarterback carousel is beginning to spin around the league, it may be a while still before we see where it lands in Pittsburgh. The Steelers have been associated with numerous quarterbacks of a variety of levels of availability, from the Aaron Rodgers and Russell Wilsons of the NFL to the players like Marcus Mariota and Tyrod Taylor.

Members of the front office have been clear that they are not shutting the door to any possible route toward finding a quarterback, including trade. With Rodgers agreeing to stay with the Green Bay Packers, that arguably opens up another trade door, as they may now moving former first-round pick Jordan Love.

And Kevin Skiver of The Sporting News sees the Steelers as one of the most realistic potential landing spots for the third-year quarterback, whom Green Bay selected 26th overall in the first round out of Utah St., and who has one start to his name since then.

With Ben Roethlisberger retiring, the Steelers also find themselves in dire straits at the quarterback position. While it wasn’t unexpected — there were rumbles of Roethlisberger retiring all year — the position hasn’t gotten any easier to address. Mason Rudolph does not look like anything too close to a long-term answer, and in Pittsburgh’s case, the devil you don’t know may be preferable to the devil you do.

In addition, Love is an inexpensive solution to the quarterback situation, which the Steelers should be seeking out. Already saddled with several big contracts on the defensive side of the deal, the Steelers may see a quarterback they can mold to fit their identity with Love. The Steelers would want him to look more like 2018 Love — which is to say protective of the ball and strong in the pocket — than 2019 Love, who threw 17 interceptions and ran the ball too often and inefficiently. Perhaps Mike Tomlin and Matt Canada will see a project they can tackle in Love.

Regardless of the likelihood of the Steelers actually pursuing this particular lead, it is only sensible for them to be considered one of the top potential landing spots for, really, any prominent quarterback who is potentially available at this point. They are one of the most quarterback-needy teams in the NFL, so it should be a given, really.

Early speculation indicates that a team interested in trading for Love, whom an acquiring team would still potentially control for the next three seasons, should be willing to part with a second-round draft pick. It would be interesting to know how Pittsburgh evaluated him coming out of school.

To date, Love has only played in six games, going 36-for-62 for 411 yards with two touchdowns and three interceptions. He has 27 rushing yards and has fumbled three times. He has only played 131 snaps in his career, so there is still plenty that we don’t know about him.