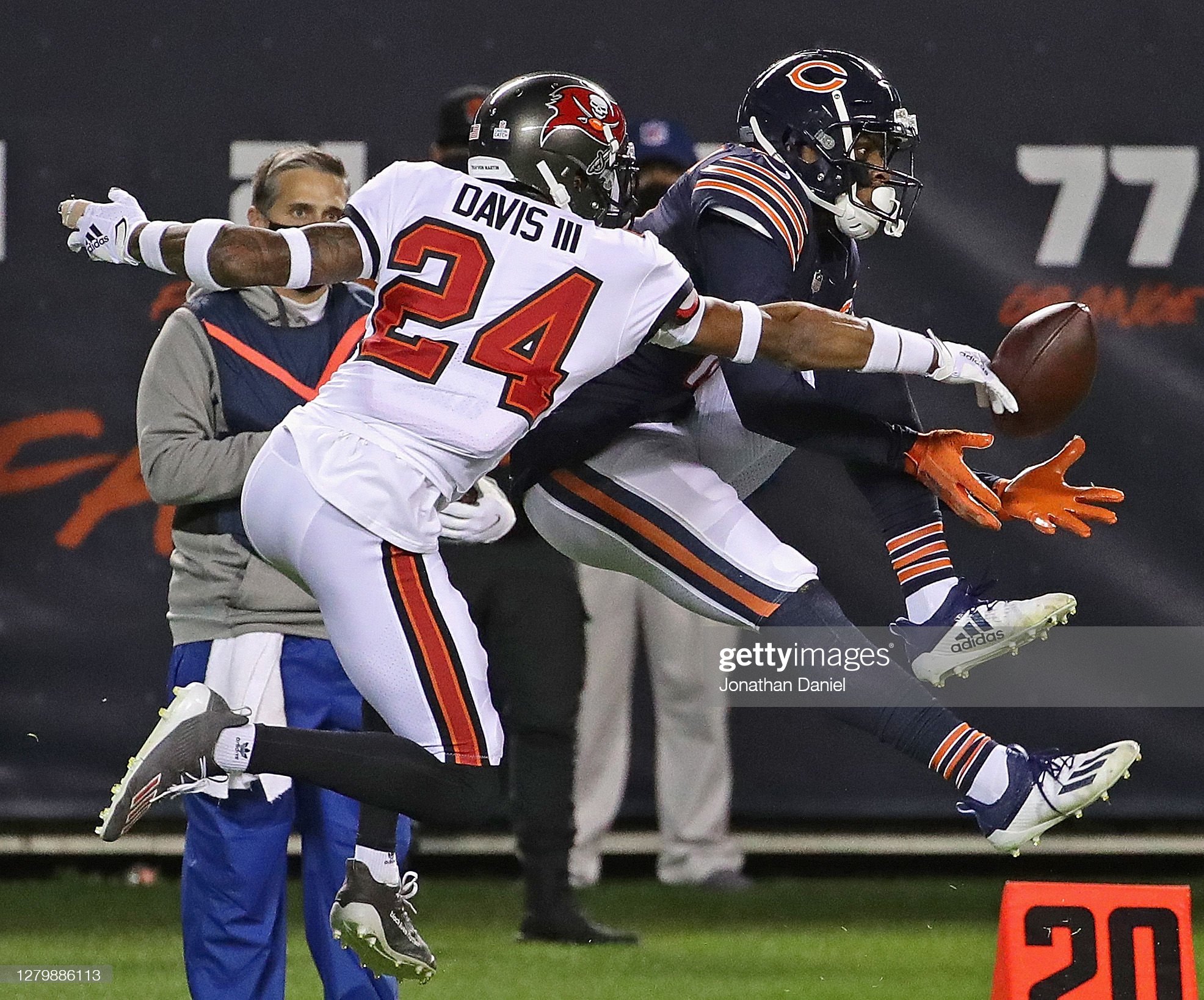 Less than a week from the official start of the legal negotiating period in the NFL, reports are coming fast and furious regarding the Pittsburgh Steelers and their perceived interest in a number of veteran free agents.

On Thursday, 93.7 The Fan afternoon co-host Andrew Fillipponi reported from a source that the Steelers are targeting veteran free agent cornerback Carlton Davis III in free agency in an effort to plug a hole in the secondary.

The Steelers are set to see veterans Joe Haden and Ahkello Witherspoon hit the open market next week, creating a serious hole on the roster in the secondary, so targeting a guy like Davis – a long, physical cornerback who has started 50 career games and been a No. 1 cornerback on a Super Bowl winning defense – makes a lot of sense.

Those numbers seem extremely high and very far outside of the Steelers’ price range, which makes it difficult to see the Steelers making that type of splash in free agency overall. Granted, the last time the Steelers handed out any sort of money in free agency, it was for the richest unrestricted free agent contract in team history for Steven Nelson at five years and $25.5 million. The Steelers also gave Joe Haden $9 million a season when the Browns cut him, so they are willing to spend some money in free agency at the position.

Just maybe not the type of money Davis is projected to get.

Of course, it’s important to take Fillipponi’s “report” with a grain of salt. He’s paid to give his takes on air, and rarely provides any sort of reporting overall in role. The Steelers will undoubtedly be a bit more aggressive overall this offseason considering the cap space the franchise has for the first time in GM Kevin Colbert’s era, but they won’t be as aggressive as it would take to sign Davis, especially for that type of salary.

It’s also worth noting that the Steelers did send Senior Scout Rick Reiprish to Auburn’s Pro Day in 2018 prior to Davis landing with the Buccaneers as a second-round draft pick at No. 63 overall. The Steelers at least did some background on him and are likely familiar with the standout cornerback overall.