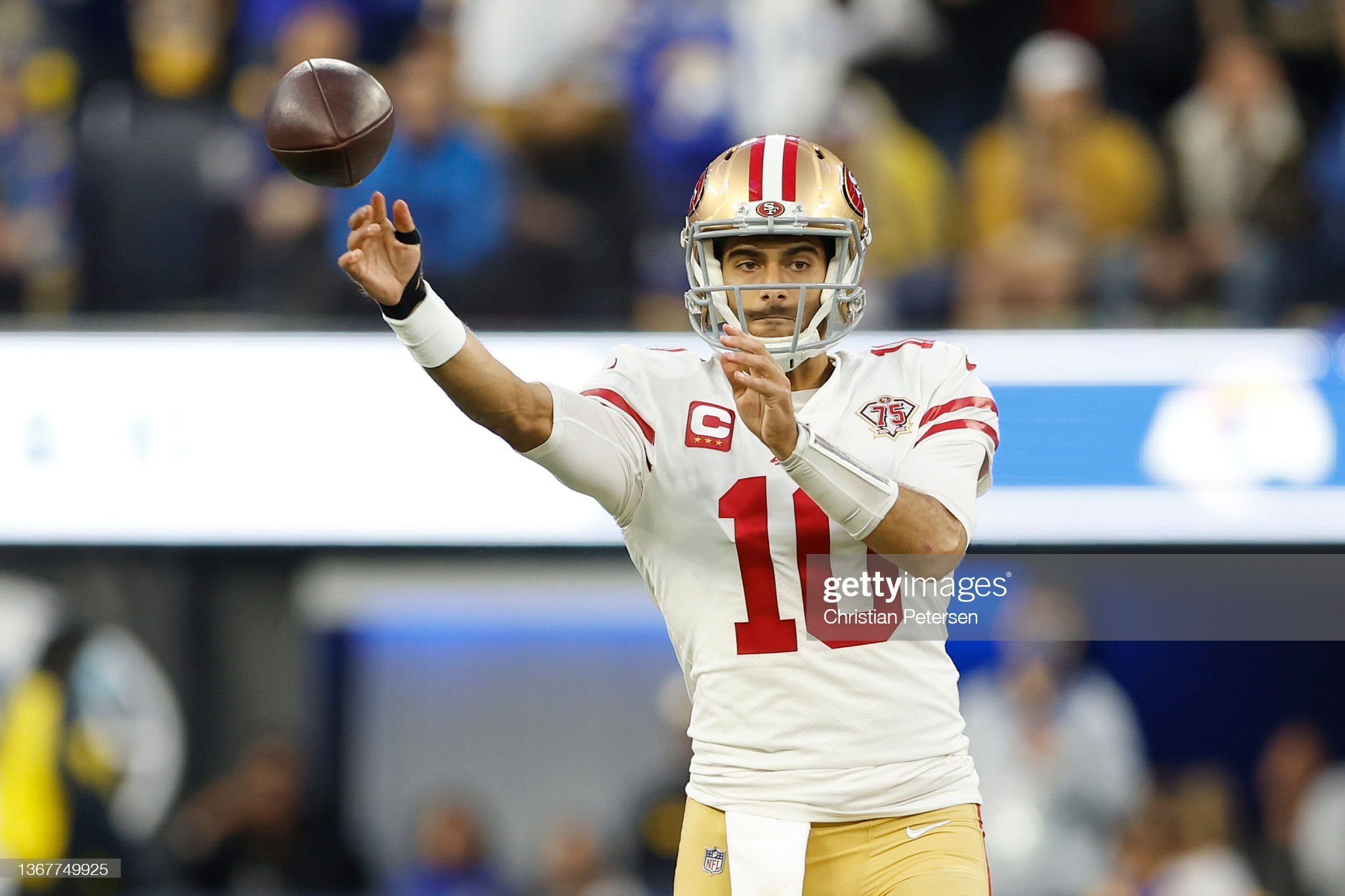 It’s Combine season so reporting this time of year should be taken with a grain of salt but a Jordan Schultz tweet-port indicates the Pittsburgh Steelers are in the Jimmy Garoppolo sweepstakes. Here’s what Schultz tweeted a short time ago.

#Steelers and #Commanders both highly intrigued by Jimmy G, according to sources.

Ron Rivera not only believes his team can win now, but has over $30M in cap as well.

His tweet indicates the Steelers along with the Washington Commanders are two teams interested in trading for Garoppolo (whose name Schultz spells incorrectly in the tweet). The Steelers/Garoppolo rumors have been around for weeks with one 49ers’ beat writer predicting he would wind up in Pittsburgh by the end of February.

That, of course, has not happened but an Adam Schefter report earlier Tuesday notes Garoppolo needs to undergo shoulder surgery that will sideline him until the summer. Though Schefter says it’s not impacting his trade market, it could slow down the pace in which Garoppolo is dealt.

49ers’ QB Jimmy Garoppolo is expected to soon undergo shoulder surgery that would sideline him until this summer, sources tell ESPN. It is not expected to impact his trade status and Garoppolo still is likely to be traded this month, per sources.

It’s unclear what the 49ers’ asking price for him would be. Garoppolo himself seemed to understand he was going to be traded this offseason with 2021 first round pick Trey Lance replacing him.

Last season, Garoppolo went 9-6 as a starter, completing 68% of his passes for over 3800 yards, 20 touchdowns and 12 interceptions. Trading for him would also require taking on his heavy contract.

The NFL may be in wait-and-see mode while they wait on the big-name quarterback dominoes to fall. Aaron Rodgers hasn’t made his decision on if he’ll stay with Green Bay, retire, or request a trade. Russell Wilson’s situation with Seattle is also uncertain. Pittsburgh certainly seems destined to add a quarterback before April’s draft. Now, it’s just a matter of who that man will be.