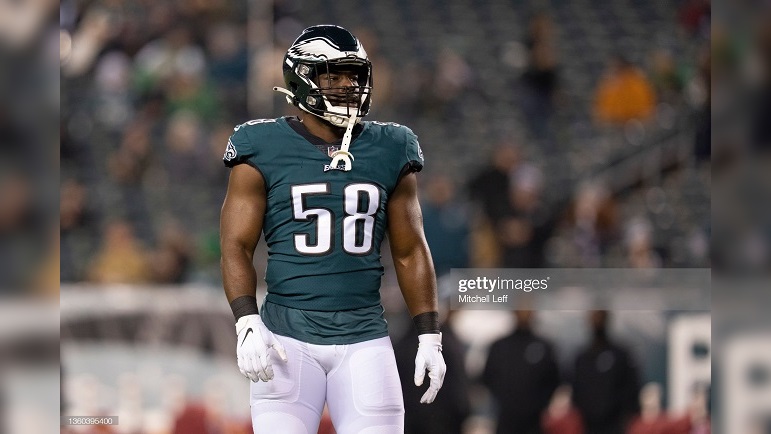 It sounds like the Pittsburgh Steelers will be adding another free agent linebacker to their offseason roster.

According to Adam Caplan of SiriusXM NFL Radio, the Steelers are expected to sign linebacker Genard Avery to a one-year deal.

Avery, a Memphis product, was originally selected by the Cleveland Browns in the fifth round of the 2018 NFL Draft. He was traded to the Philadelphia Eagles for a fourth-round pick in the 2021 NFL Draft.

To date, Avery has registered 101 total tackles in 53 games played. He has 7.5 career sacks with 11 tackles resulting in losses. He also has one forced fumble to date. In 2021 with the Eagles, Avery played in 16 games with 12 starts. He had one sack to go along with 43 total tackles of which four resulted in lost yardage. He also had two quarterback hits last season.

For his college career at Memphis, Avery registered 230 total tackles with 44.5 resulting in lost yardage. he also had 21.5 sacks, two interceptions, five defensed passes, and three forced fumbles over a span of four years at Memphis.

The Steelers have yet to announce the signing of Avery, who has played both off the ball and on the edge both in college and in the NFL. It will be interesting to see which position the Steelers list him at.

What I wrote about Genard Avery in one of my 2018 mock drafts #Steelers pic.twitter.com/pwrNXZVD0Q

Here's a Genard Avery QB-hit causing a Ben Roethlisberger interception in overtime of the 2018 season opener.