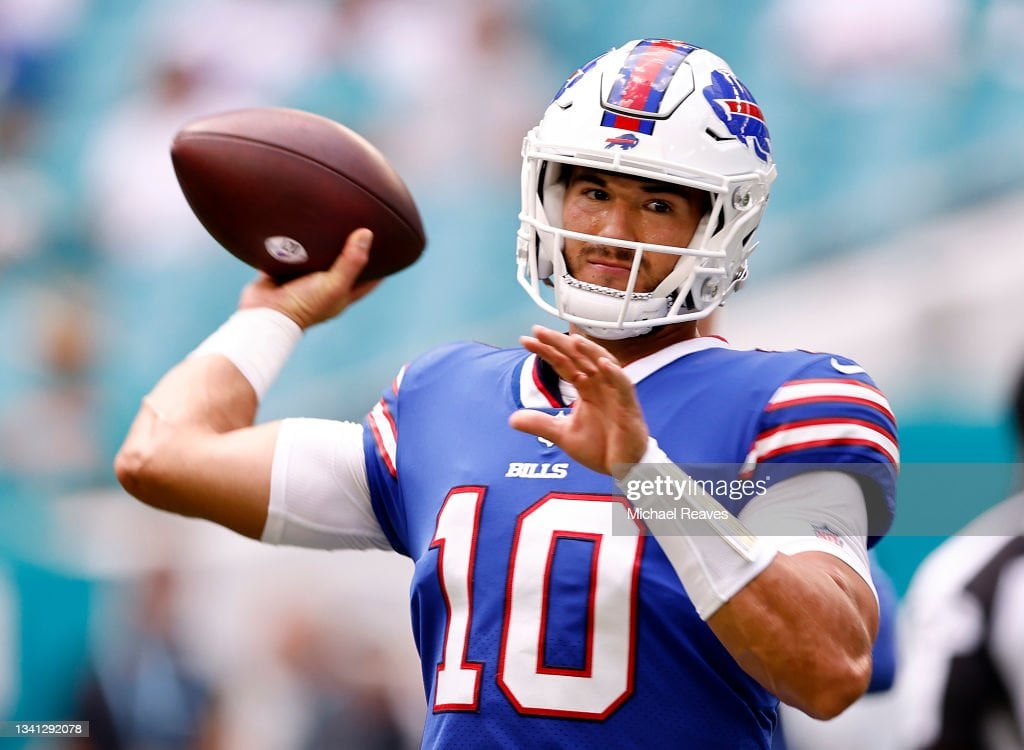 If the Pittsburgh Steelers want to sign free agent QB Mitch Trubisky, it’s not going to be cheap. Reflective of the high demand for quarterbacks in an offseason where talent is scarce, Trubisky is reportedly about to cash in this offseason.

In an ESPN article written by Dan Graziano and Jeremy Fowler Sunday, they discuss Trubisky’s market value and the sizable list of teams interested in him once he hits free agency on March 16th. As has already been reported, the Steelers are one of those teams vying for his services. And Trubisky may receive more than $10 million per year.

Here’s part of what they wrote about his market.

“Teams are openly discussing whether Trubisky gets $10 million or more annually on a new deal. That his name is a hot one is not manufactured. It’s real.”

Trubisky is coming off a one-year, $2.5 million contract to be Josh Allen’s backup in Buffalo in 2021. He appeared in just a handful of games and threw only eight passes but has apparently repaired his market enough after a tough end to his time in Chicago. The salary cap increasing after the crunch of 2021 may also be playing a factor in his price tag going back up. The Bills’ coaching staff has also been outspoken about the positive teammate and person Trubisky was in their locker room.

He certainly brings the level of pedigree the Steelers would be interested in. Trubisky was selected 2nd overall by the Chicago Bears in the 2017 NFL Draft. In the pre-draft process, GM Kevin Colbert and then-QBs Coach Randy Fichtner attended Trubisky’s Pro Day workout.

Though the free agency market is always inflated, especially for quarterbacks, it’s a big jump in pay after standing on the sidelines for most of 2021. But with many veteran QBs likely staying put and a relatively weak draft class, teams are turning to the handful of veteran options instead.

According to ESPN’s report, the Steelers are far from alone in being interested. They name the Panthers, Commanders, Giants, and Broncos as also having interest. Pittsburgh has also been linked to free agents Teddy Bridgewater and Jameis Winston while being a possible trade destination for the 49ers’ Jimmy Garoppolo.