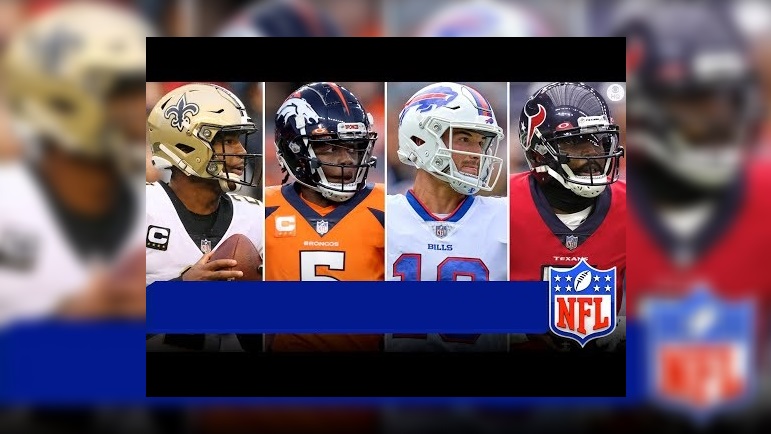 Will the Pittsburgh Steelers ultimately draft a quarterback this year? They just might, especially if one they covet falls to them in the first round. Even before the draft takes place, however, the odds seem really good that the Steelers will add an outside unrestricted free agent quarterback to their roster, likely within the first few weeks of the new league year.

Between the start of the new league year and the start of the team’s OTAs in May, we should expect the Steelers to have four quarterbacks under contract for 2022. How do we know that? Well, Steelers general manager Kevin Colbert said as much during his most recent media session.

“We will go to camp with four [quarterbacks],” Colbert said last week.

The simple math tells us that the Steelers will need to add two more quarterbacks to their offseason roster after they restricted tender Haskins. With veteran quarterback Joshua Dobbs, who is scheduled to become an unrestricted free agent once again on March 16, there’s a good chance he’ll be considered a last resort right out of the chute and just as he was a year ago. Basically, Dobbs might become the fourth quarterback should the Steelers not draft one this year or add one as an undrafted free agent.

Not only should we expect the Steelers to add a veteran unrestricted free agent quarterback to their fold ahead of the draft getting underway, it’s also a good bet that any quarterback that they do sign will be signed to a multi-year deal. Why? Well, because the Steelers will likely want to protect themselves at the quarterback position when it comes to having at least one quarterback with game experience under contract for the 2023 season.

Remember, come the start of the new league year on March 16, the Steelers are expected to have both Rudolph and Haskins under contract but only through the 2022 season. Even if the team were to immediately re-sign Dobbs in the coming weeks, such a deal would likely be for just one year and for the minimum. In short, the Steelers would not have a quarterback under contract for the 2023 season ahead of the draft.

Since the drafting of Roethlisberger in 2004, the Steelers really haven’t had to worry very often at not having a future year covered with an experienced quarterback under contract. After all, most of Roethlisberger’s contract extensions happened two years out. Last offseason, however, was a different story when it came to a future year, 2022. With Roethlisberger entering his final contract year last offseason, the Steelers decided to sign Rudolph to a one-year extension just ahead of the 2021 NFL Draft getting underway. That extension ensured the Steelers that they would enter this offseason with at least one experienced quarterback under contract for the 2022 season.

Now, while I do expect the Steelers to sign an unrestricted free agent quarterback in the coming weeks to a multi-year deal, I do not expect them to go overboard when it comes to a new money average. Personally, I think that new money average will be around $5 million at the most. Such a signing, if indeed that cheap, would not only cover the Steelers for the 2023 season, but also not prevent the team from selecting a quarterback in this year’s draft.