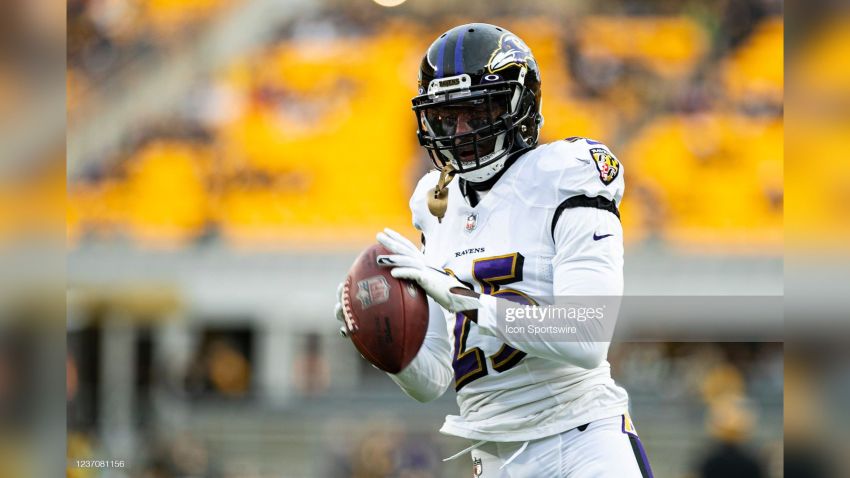 While the headline news out of Baltimore yesterday for Pittsburgh Steelers fans was the fact that former Steelers Pro Bowl left tackle Alejandro Villanueva announced his retirement, the more significant news for the Ravens was the fact that they released veteran slot cornerback Tavon Young.

A former fourth-round draft pick out of Temple, Young carved out a career with scrappy play in the middle of the field that fit the Ravens’ bill—and perhaps would fit the Steelers’, as well. Were it not for severe injuries derailing his career, I’m sure he wouldn’t be going anywhere.

He did play the entire 2021 season, all 17 games, in a year in which the Ravens had both of their starting outside cornerbacks and a starting safety miss all or significant portions of the year due to severe injury. While they are expected to return, they will have to find another slot option.

Did the 2021 season represent Young at his best? I imagine not. But he had only played two games since 2018, and was coming off of a severe knee injury. The move was made with the salary cap in mind, with his release clearing nearly $6 million in the process. Baltimore now has about $16 million or so in cap space heading into next week after this move and Villanueva’s retirement.

Over 50 games played, Young registered 127 career tackles, including 11 for loss, with four interceptions, 16 passes defensed, and three fumble recoveries, two of which he was able to return for touchdowns. But his tape tells the full story of what he brings to the field.

After coming back from his first ACL tear to have a successful season in 2018, the Ravens made Young the highest-paid slot cornerback in NFL history in 2019, signing him to a three-year deal worth $25.8 million, which was about the deal that the Steelers gave Steven Nelson that same offseason.

As mentioned, he would go on to miss nearly the entirety of the next two seasons to follow before being able to return and put in a complete season last year. And he would be expected to play better, I would imagine, going forward.

So the question is, would the Steelers be interested, after allowing Mike Hilton to move on the year before? While that was greatly tied to their own salary cap situation of the time, they did get a first-hand look at how valuable he can be to another franchise.

Pittsburgh has three cornerbacks—Joe Haden, Ahkello Witherspoon, and their primarily slot defender from a year ago, Arthur Maulet—due to become unrestricted free agents in a week. This is a time to have the opportunity to seriously remake the secondary. I do think Young is a player they will at least take a look at.