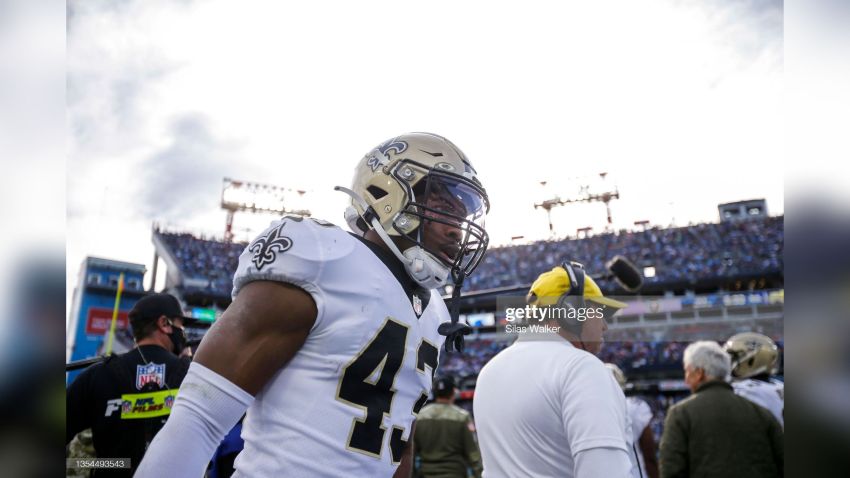 While the Pittsburgh Steelers continue to explore their options at safety, with their four-year starter Terrell Edmunds hitting the open market today, the Baltimore Ravens made their first move of the new league year—which officially begins today—landing the top safety in this year’s free-agent class, that being former New Orleans Saints All-Pro Marcus Williams, a former second-round draft pick.

Williams, who played under the franchise tag in 2021, has yet to earn any All-Pro or Pro Bowl honors, but is regarded as one of the top young safeties in the league—not turning 26 years old until September, despite having already played five full NFL seasons.

After five years with the Saints, he has reportedly agreed to terms with the Ravens on a new five-year, $70 million contract, according to Jeremy Fowler of ESPN, which includes $37 million guaranteed. Averaging $14 million per season, Williams would slot in tied for the seventh-highest-paid safety in the NFL based on per-year averages.

He was part of a transformative draft class for the Saints in 2017, which also saw them draft cornerback Marshon Lattimore in the first round, as well as linebacker Alex Anzalone and edge Trey Hendrickson in the third round. They have already allowed Hendrickson to walk, now on the Cincinnati Bengals, however. The class also included lineman Ryan Ramczyk and running back Alvin Kamara, and defensive end Al-Quadin Muhammad, who was a full-time starter for the Lions last season. Their entire draft class, all starters, though some now in other cities.

As for the Ravens, they are replacing DeShon Elliott, whose rookie contract officially expires today as he hits the open market. A former sixth-round pick, he has been a starter for the past two seasons, spending his rookie year on the Reserve/Injured List. He also spent the majority of the 2021 season after suffering pectoral and bicep injuries. He recorded the first interception of his career in week six against the Los Angeles Chargers.

Baltimore had a severely depleted secondary a year ago, with both of their All-Pro cornerbacks going down injured. Marcus Peters missed the entire season, while Marlon Humphrey was injured in game 12 against the Pittsburgh Steelers. Add in Elliott’s injury, and they were missing the majority of their defensive backfield by the start of the home stretch.

And they lost their final six games, the longest stretch in John Harbaugh’s 14 seasons on the job, posting a losing record for the first time since 2015. With the addition of Williams to pair with Chuck Clark, and the return of Peters and Humphrey, the Ravens should once again have one of the top secondaries in the NFL after finishing dead last in passing yards allowed in 2021.