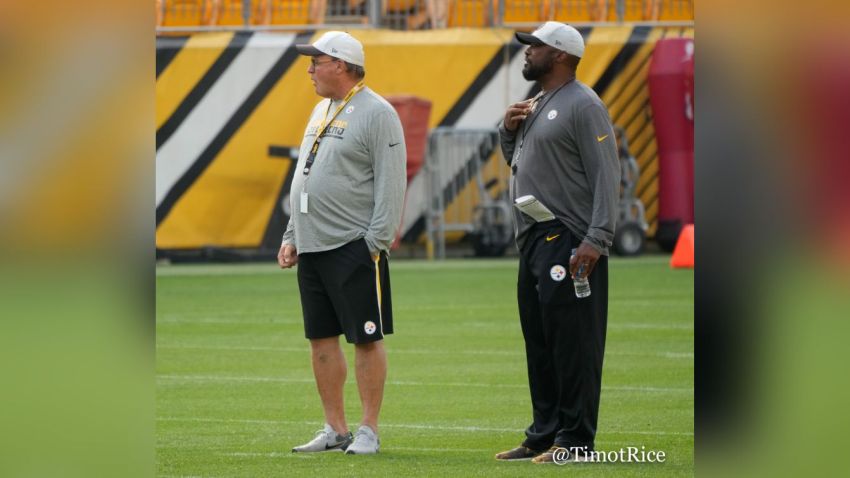 No one knows who the Steelers will choose as their next quarterback, short or long-term. Even NFL Insider Ian Rapoport can’t pinpoint a name. What he does know is GM Kevin Colbert, in his last offseason running the show, aims to leave the team with a franchise building block.

Rapoport joined The Rich Eisen Show Monday to talk all things quarterbacks from Aaron Rodgers to Kyler Murray to Tom Brady. But he also touched on the Steelers’ approach to the position this offseason.

“I think the Steelers plan is to take a long look at the veterans and if one makes sense, make a move,” Rapoport told Eisen. “Whether that’s Jimmy Garoppolo or Trubisky is a potential name there. If they don’t get the guy they want to, [they’ll] go through the draft.”

Garoppolo and Trubisky have been the two veteran quarterbacks most often connected to the Steelers. Acquiring them would require different paths, Garoppolo through trade, Trubisky through a free agent signing. Garoppolo comes with a larger contract, though Trubisky reportedly could net more than $10 million per season. On paper, both are scheme fits as younger, mobile options, and Trubisky’s first-round pedigree is sure to be attractive to a team like the Steelers.

Still, there are obstacles to snagging either. Garoppolo would require giving up a draft pick, likely a third- or fourth-rounder, and would likely require an extension that would tether him to Pittsburgh for the longer term. Complicating matters is shoulder surgery that will keep him out of action for the next several months, though he’s expected to be ready for Week 1. Trubisky will have multiple suitors on the market, driving up his options and his price tag.

Still, neither of those guys are likely to be considered “franchise” types. And Rapoport said he knows Colbert wants to leave the Steelers with a true potential heir.

“They would look to be done in the chase for quarterbacks. I know Kevin Colbert has basically told people he didn’t want to retire without getting the next franchise quarterback for the Steelers.”

That would require taking one via the draft. Names like Liberty’s Malik Willis and Pitt’s Kenny Pickett have been most popularly mocked to the Steelers in drafts, and the team has shown interest in both. No matter what happens, this will be Colbert’s final draft in charge of the team. He found Ben Roethlisberger early in his tenure as the team developed him into an 18-year, Hall of Fame quarterback. He’ll try to leave the Steelers on steady ground for whoever his replacement is.