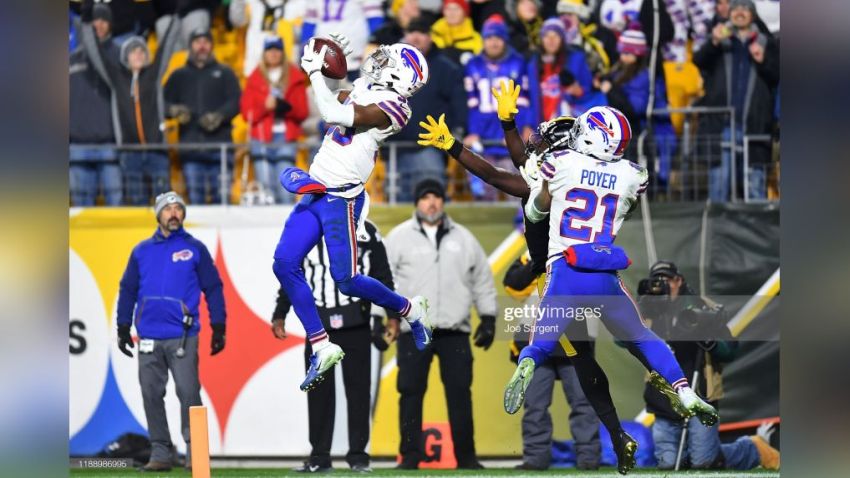 When it comes to adding outside free agents, the Pittsburgh Steelers historically don’t make many major splashes overall.

That certainly was the same M.O. for General Manager Kevin Colbert and the Steelers through the first week of free agency and the new league year as the Steelers made solid signings in Mitch Trubisky, James Daniels, Mason Cole, Levi Wallace, and Myles Jack, though none of them were the true eyebrow-raising, head-turning moves that have been the norm across the league in recent days.

However, the Steelers are getting some love from Pro Football Focus and much-maligned writer Sam Monson, who called the Levi Wallace signing by the black and gold at two years, $8 million one of his top 10 underrated signings across the league to date.

.@LeviWallace39 talks with @DVEMike about his path to the NFL, joining the #Steelers, his friendship with @minkfitz_21 and more.

Since coming into the NFL as an undrafted free agent turned starter in Buffalo, Wallace has graded out at a 65.2 or higher in PFF’s grading system in three of his four seasons in the NFL. He’s not a flashy name overall, and isn’t one of the big-name free agents, but he’s an ideal fit in Pittsburgh’s system and could look like a major bargain rather quickly in the black and gold.

“Cornerback Levi Wallace is a classic underdog story that just continues to defy the odds at every level,” Monson said. “He was once a walk-on at Alabama before going undrafted and hanging on to a starting spot with the Bills for four years. He’ll likely never be a superstar, but he has at least league average coverage grades every year of his career. That’s well with the eight million over two years.”

Wallace brings the blue-collar, hard-working mentality to Pittsburgh that the city craves from its players. He’s never had anything handed to him, and has really worked his tail off to get where he is at this point in his career.

While he’s not on the same level as some of the top cornerbacks in the game, Wallace projects as a strong fit in Pittsburgh’s defense, especially back with his college teammate in Minkah Fitzpatrick, giving the Steelers a physical corner that can replace the run defense and tackling that Joe Haden once provided overall.

The type of move the Steelers made on Wallace is the classic play from Colbert and the Steelers, leading to a potential big payoff in the end. We’ll see how it plays out on the field, but it’s hard to not be excited about the signing of Wallace overall.

Props to Levi Wallace. Regardless of who they put him up against big, small, slow or fast he has always battled. Never backs down. Some good plays by him early in this game. pic.twitter.com/MUu5f3sfjB