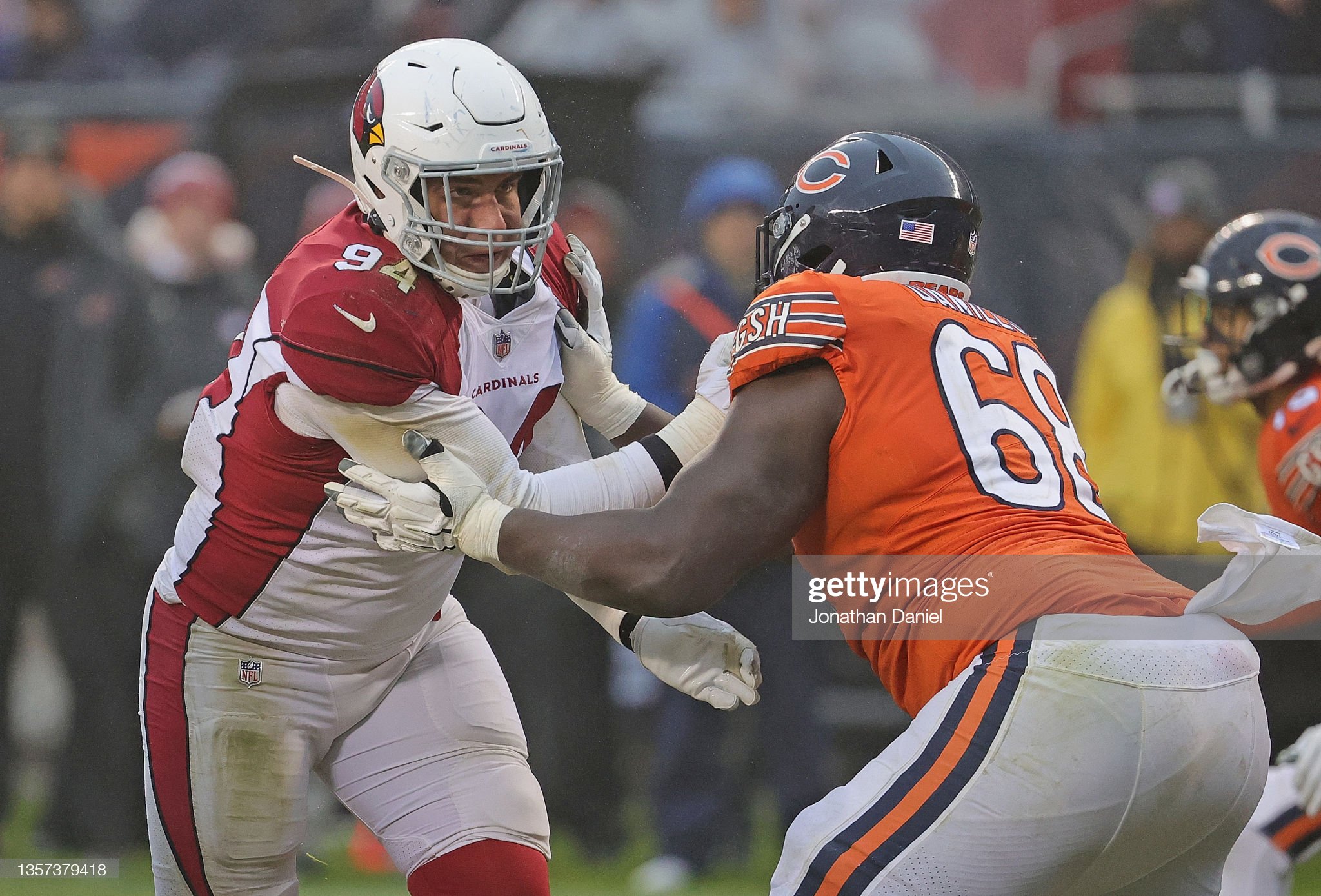 Speaking with media for the first time since signing with the team, Daniels said the Steelers haven’t locked in his role yet.

“The position is still in talks,” he said in his Zoom call via the Steelers’ YouTube channel. “I’m not sure what position I’ll be in for sure. I’m just excited to be here. As you said, I do have experience at all three, so I’m comfortable playing all three. Whatever the team needs me at, that’s the position I’ll play.”

Signed to a healthy contract worth nearly $9 million per year, he’ll of course start and be a fixture of this unit, instantly becoming the team’s best offensive linemen. He spent his last two years in Chicago as the team’s right guard but played center earlier in his Bears’ career and was a true center coming out of college at Iowa.

As Dave Bryan broke down shortly after Daniels’ signed, he has extensive experience at all three spots, though the majority of his work has come at guard.

What Daniels does know is he’ll wear his college number of 78 with the Steelers. He wore #68 previously with the Bears.

The versatility along the interior gives Pittsburgh plenty of options. Fellow free agent signing Mason Cole has also played all three interior spots, though he’s primarily been a center. Kevin Dotson is capable of playing either guard spot while Kendrick Green was a left guard in college before the Steelers made him a full-time center. In theory, the Steelers’ O-line could be configured a dozen different ways, something we’ll outline tomorrow morning on the site.

Where Daniels plays is less important than how he plays it. The Steelers got a good player in Daniels, a blend of strength, athleticism, and that versatility. In the post-Roethlisberger era, Pittsburgh needs to run the ball well. It can’t just be a mantra but a tangible action. It’s why Pittsburgh is being more aggressive in fixing its O-line than a year ago, in addition to having the money to be able to do it.