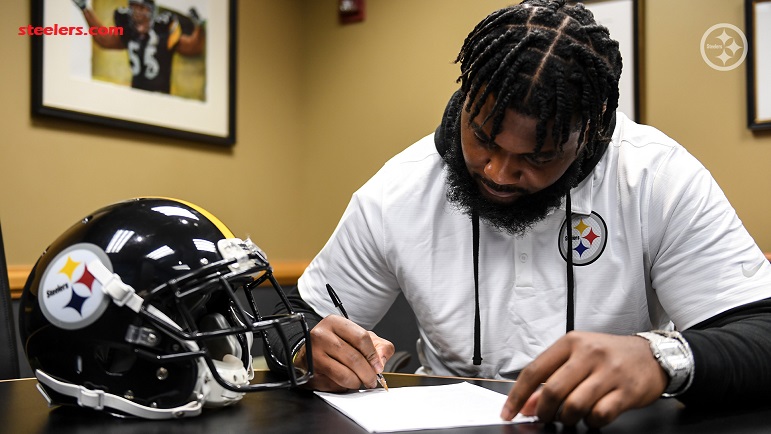 The Pittsburgh Steelers re-signed tackle Chukwuma Okorafor on Monday, and the terms related to that three-year contract are now known thanks to Aaron Wilson.

To God be the Glory , all praise be to you . To the strongest person i know – thank you for always being by my side . Thank you Steelers for the continuous believe in me . #3moreyears 🙏🏽 pic.twitter.com/krGvHMzMYA