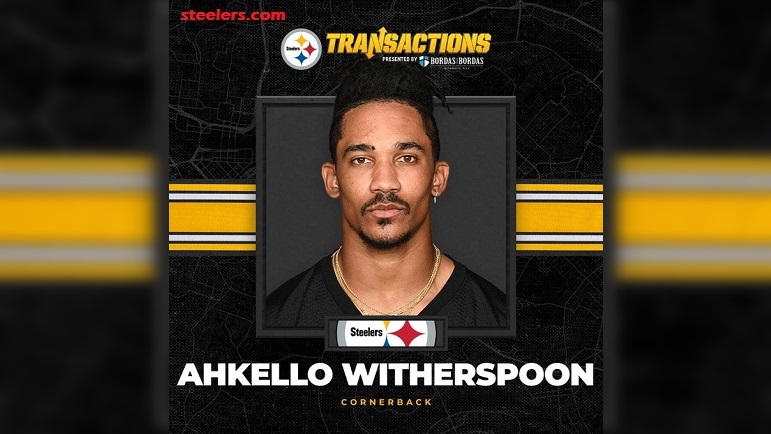 The Pittsburgh Steelers re-signed cornerback Ahkello Witherspoon several days ago, and the terms related to that two-year contract are now known thanks to the morning NFLPA report.

This deal is essentially one-year, $4 million and the Steelers can easily part ways with Witherspoon in 2023 with only a dead money charge of $1,482,500.

This deal is the same deal that new Steelers cornerback Levi Wallace signed with the team this offseason.

The Steelers originally acquired Witherspoon via a trade with the Seattle Seahawks just prior to the start of the 2021 regular season and he didn’t start seeing the field regularly until the second half of the season as he was inactive for eight of the team’s first nine games. In total, Witherspoon played 368 defensive snaps in the 2021 regular season and 20 more on special teams. He ended the regular season with 15 total tackles, nine passes defensed and a team-high three interceptions. He allowed 17 receptions for 266 yards and a touchdown on 35 total regular season targets, according to PFF. He also missed 10 tackles, according to their stats.

Witherspoon played his college football at Colorado, and was selected originally in the third round of the 2017 NFL Draft by the San Francisco 49ers.