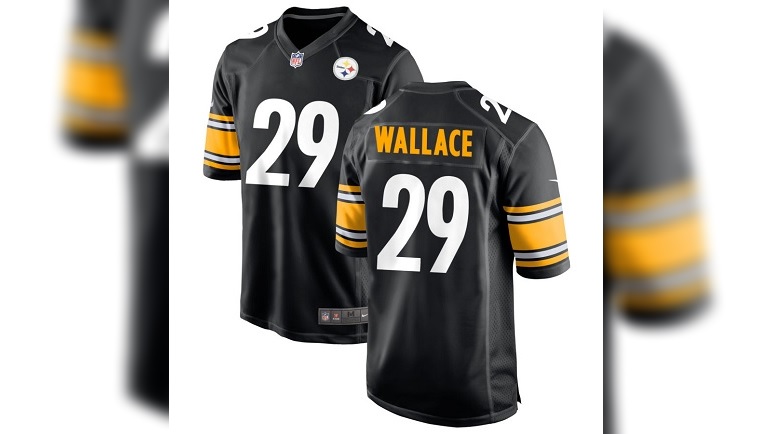 Newly signed Pittsburgh Steelers’ cornerback Levi Wallace has a new number. Appearing in an interview on NFL Network’s Good Morning Football Thursday, he told the show he’ll be wearing #29 for the Steelers, joking that Alabama teammate Minkah Fitzpatrick had stolen his previous #39.

Wallace wore #39 with the Crimson Tide but unlike many Alabama prospects, he wasn’t a high draft pick. Wallace, as he calls it, was an “eighth rounder” aka undrafted but signed with the Bills as a UDFA and became a 52-game starter for them. His work this offseason was rewarded by a two-year, $8 million deal.

The last Steeler to wear #29 was RB Kalen Ballage this past season. Ballage remains a free agent. Other notable Steelers to wear that number include RB Barry Foster, DB Ron Johnson, and DB Chidi Iwuoma. In Buffalo, Wallace wore #47 his rookie year before switching to his old college digits the last three seasons.

While Wallace’s number is known, his exact role is slightly less clear. Pittsburgh also brought back Ahkello Witherspoon on the same exact deal, two-years, $8 million, and Cam Sutton remains under contract, too. On paper, they are three outside corners, especially given the Steelers’ preference to keep Sutton at his right cornerback spot. But Sutton has the most flexibility to move inside so it’s certainly possible he plays more of the slot role this year with Wallace and Witherspoon on the outside.

At the least, adding Wallace into the fold gives Pittsburgh depth and stability they didn’t have a year ago. Last offseason, the team was shedding corners, losing Mike Hilton to free agency and releasing Steven Nelson. They tried to get by with new faces in new roles and old faces in different spots (Cam Sutton as a full-time outside corner, Minkah Fitzpatrick in the slot, a failed experiment that lasted just two weeks).

There’s much less turnover and more continuity this year at corner and that should put the Steelers in a better place to start the summer.