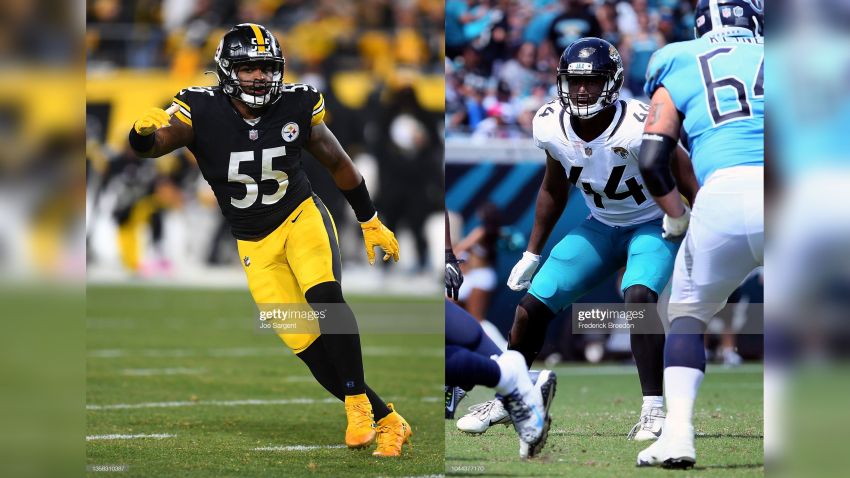 The fate of the 2022 Pittsburgh Steelers hinges on numerous variables. The quarterback position is the biggest, of course. The offensive line might quite possibly come right after that, and the hope is that they will add at least one more starter-quality lineman this offseason, through one means or another.

Then there’s the defensive side of the ball. There’s the Stephon Tuitt question, of course. And then there’s Devin Bush. The man they traded up for in the first round of the 2019 NFL Draft. He is coming off of an awful 2021 season, his first back after tearing his ACL, during which he was highly scrutinized from every angle short of his own father—the only person in Pittsburgh to defend him, seemingly. But he’s got another cheerleader in his corner now in new teammate Myles Jack.

“I’m eager to work with” Devin Bush, he told reporters earlier this week during his introductory press conference. “I’m actually gonna get on a phone call with him after this; I’m gonna hit him up and just let him know, ‘Man, I can’t wait to work’. And I’m a fan. I’m a big fan of his work, so it’s gonna be fun”.

A Michigan undergrad, Bush finished his college career with 172 tackles, 18.5 tackles for loss, and 10 sacks. He had just one takeaway, however, an interception. But he had six during his rookie season in 2019.

The Steelers were desperate to find a dynamic inside linebacker in the wake of Ryan Shazier’s career-ending injury in 2017. They whiffed on the opportunity to draft one in the first round in 2018, reportedly targeting Rashaan Evans at the time, so a year later, they didn’t wait.

The Denver Broncos were prepared to draft Bush at 10—they had a card written out for him already—when Kevin Colbert called them up and said that the trade details they had talked about was a go. Pittsburgh sent over their own first-round pick (20th overall) along with their second-rounder and a third-round pick in 2020 in order to move up those 10 spots to grab Bush.

He had an encouraging rookie season, but it’s been downhill since. He was up and down in his four and a half games played in 2020 before tearing his ACL. This past season was nearly a total write-off, and frankly, there isn’t much optimism outside of the UPMC Rooney Sports Complex about his future. But perhaps Jack can help him get back on the right track.

“I’m very excited to get to work with him. I honestly believe he’s a hell of a player, watching him come out of college, do his thing”, the new Steeler said. “It’s remarkable, man. He came off an ACL injury, which is very tough to do, but I can’t wait to just collab with him and just to race him to the ball, see who gets to the ball first, and just start that linebacker brotherhood and get things in motion”.

Outside of Bush and Jack, following the release of Joe Schobert, the Steelers’ inside linebacker room consists of Robert Spillane, Marcus Allen, Ulysees Gilbert III, and Buddy Johnson, a 2021 fourth-round draft pick.