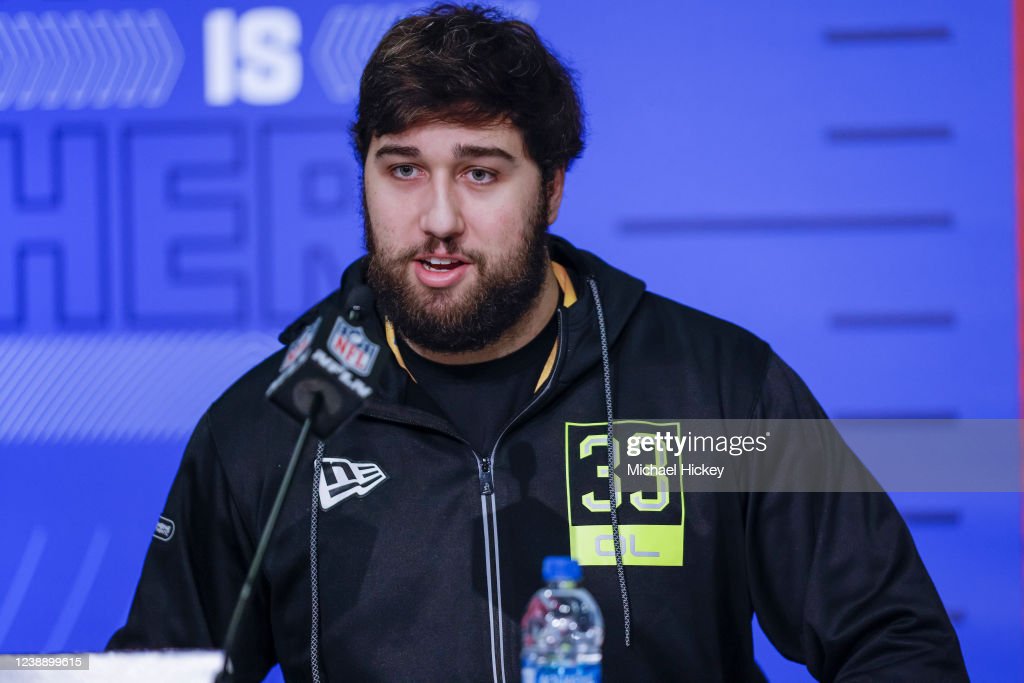 Louisiana Lafayette OT Max Mitchell took the podium Thursday morning for questions, and I wanted to start things off by asking him about a player that Steelers fans would know well coming from the same school.

MM: Kevin’s great I love messing with him. Separate cool guy I think, you know I was only freshmen traveling that first year I was on the squad. And so he was kind of more of a mentor to me but off the field we go you know we’d go eat together as an offensive line, go to the bars, hang out, or something like that. So we are good buddies really.

JH: Have you talked to the Pittsburgh Steelers who Dotson plays for in a formal meeting or do you anticipate talking this week?

The Ragin’ Cajuns have become a factory of sorts for churning out draft prospects that excel in the running game, whether it be in RBs Elijah Mitchell, Raymond Calais, or Elijah McGuire all being drafted in the last five years or fellow offensive linemen and former teammates Kevin Dotson and Robert Hunt both being selected in the 2020 NFL Draft. Mitchell figures to be the next in line to make the jump to the pros and prove himself as a capable starting offensive tackle in short order in the league. Tyler Wise will have a draft report on Mitchell coming up soon for Steelers Depot.

From what I took from my limited showing of Mitchel during the Senior Bowl, it appeared to be a mixed bag with him adjusting to the speed of the game with improved competition. He will have to get physically stronger and add more lean mass, weighing in sub-300 lbs. during his time a UL, but his athleticism and movement skills at his size present an intriguing developmental option that could likely hear his name called somewhere in-between Day 2 or early Day 3 of the draft.

What are your thoughts on Max Mitchell as a draft prospect? Do you think that he could be a potential fit for the Pittsburgh Steelers? What do you make of the value and camaraderie of an offensive line like he mentions with Kevin Dotson back to his freshman year? Please leave your thoughts in the comments section below and thanks again for reading!