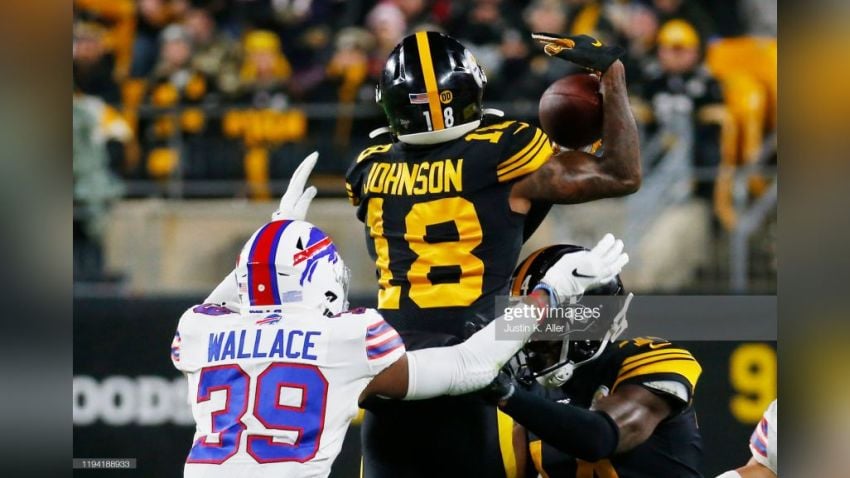 The Pittsburgh Steelers have been quite busy in free agency this year. While they haven’t handed out any $100 million contracts—barely hitting even a quarter of that, for that matter—their activities would certainly qualify as very significant by their previous standards.

Outside of the offensive line, the biggest area that they needed to address was the secondary, with five defensive backs scheduled to be unrestricted free agents. They have thus far re-signed three of them, with the possibility of bringing back a fourth (Terrell Edmunds). And they added one from the outside, cornerback Levi Wallace, whom they plucked from the Buffalo Bills. It was a decision he told The Wildcast recently was not easy by any means.

“I was on the fence of either staying with Buffalo or going to Pittsburgh. Ultimately, when my agent called and he was like, ‘You should think about going to Pittsburgh’, I said, ‘Okay, I’ll call you back, let me pray about this’”, he told Justin Spears on his podcast.

“Man, I’m just sitting there, just contemplating. And I looked down and, bro, I had black and gold shorts on”, he went on. “I was like, you know what? There it is. The lord must want me to go to Pittsburgh, and I honestly just called my agent back and was like, ‘Man, let’s go, let’s do it’”.

A college free agent out of Alabama in 2018, Wallace had an offer to sign with the Steelers back then, but he felt like the Bills offered him a better opportunity at that time. He was probably right, considering he has made 52 starts for them, every game in which he has played.

As a former college free agent, Wallace was originally signed to a three-year contract, meaning that he was a restricted free agent in 2021. He seemed to imply to Spears that he had other offers from teams, but wanted to stay in Buffalo. They did not give him a restricted free agent tender, so he was free to sign anywhere, returning on a one-year, $2.05 million deal. That only made it harder to leave in 2022.

“It was a difficult decision for me. I went back and forth with my agent. I think the prayer helped me a lot, but it doesn’t make it any easier”, he said about taking the Steelers’ offer this offseason. “You have real relationships, build real friendships, real brotherhood. It sucks. At the same time, I can’t wait to get to Pittsburgh and start working there, too. It’s business. Business is business. I look forward to the opportunity to be in Pittsburgh and create the same relationships and friendships in that city”.

Many amateur Bills enthusiasts anticipated that Wallace would sign a much more robust offer than what he ultimately signed with the Steelers, and took that deal as an indication that Buffalo was ready to move on; yet Wallace is clearly indicating that he had an offer on the table from the Bills. It may have been less than what he got from Pittsburgh, but apparently they did try.

Of course, general manager Brandon Beane said in February that they wanted to bring him back, too. He may have some inside knowledge of what their intentions were.