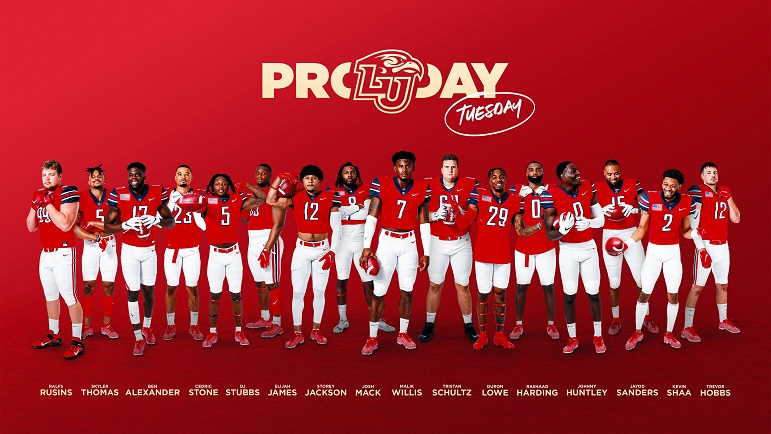 The Liberty Pro Day is taking place on Tuesday, and as expected, the Pittsburgh Steelers have members from the organization present for it.

The Steelers are at the Pro Day this year to watch quarterback Malik Willis go through the paces. Willis, who reportedly weighed in at 6′, 225 pounds on Tuesday, is throwing this afternoon but will not run the 40-yard dash. He will reportedly have 70 plays scripted for his passing session, which should be shown on NFL Network.

The Steelers have been heavily connected to Willis so far during the pre-draft process dating all the way back to the Senior Bowl, and even before. Willis has been mocked to the Steelers quite frequently by major media outlets this offseason.

Willis is expected to be drafted in the first round this year, and several draftniks believe the Steelers will need to trade up to get him if they want him.

Steelers brass looking on as the players prepare to run the 40 pic.twitter.com/pklvjaH4aa

It's like a father and son outing. lolol #Steelers https://t.co/kzIpWDldxL

Look at your significant other the way that Mike Tomlin looks at Malik Willis #Steelers pic.twitter.com/k5T6v2aYbJ