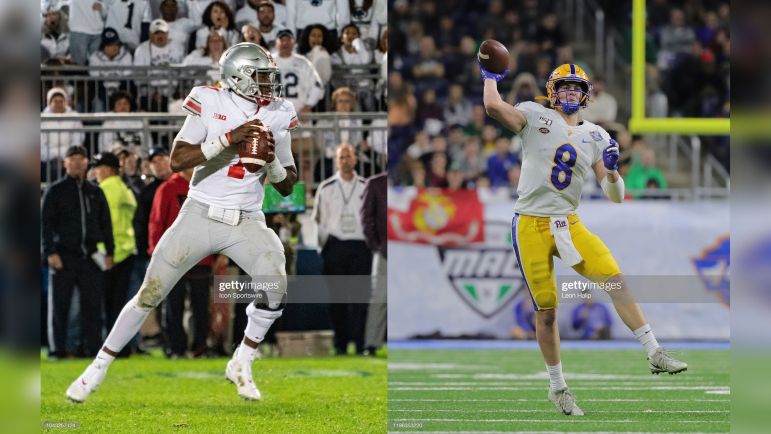 Kenny Pickett knew he was going to be here at a young age. He planned for it all along. On the eve of his becoming an NFL quarterback, likely selected by a team needing a starter in the first round next month, he recognizes the decade of sacrifice that has brought him to this moment, starting with his attending annual football camps such as those led by Jim Cantafio at the age of 11.

“At 11 years old, there was not a doubt. No one could tell me differently. I was so dead-set on it”, Pickett told Adam Breneman recently in a wide-ranging conversation for his program, Breneman Shows Up, talking about his desire to be an NFL quarterback. He talked about the sacrifices he made as a tween to dedicate himself to the pursuit of being an elite quarterback traveling hours with his father to attend Cantafio’s camps.

“The first time I did it was kind of when I fell in love with the work, the process of becoming a good quarterback, going through all of his drills, hearing him teach”, Pickett said. “There’s videos of me going chalk talk at 11 and 12 years old that he used to do with us. I absolutely love that stuff”.

And he certainly wasn’t alone. In fact, one other young man who was a part of those camps could be a future teammate if he ends up being drafted by the Pittsburgh Steelers. That would be 2019 first-round draft pick Dwayne Haskins, whom they picked up last season.

“I knew where I wanted to go, and there was a lot of great players there. Dwayne Haskins was there”, Pickett said. “I was obsessed with trying to be the absolute best, so it’s like, I want to go against Dwayne Haskins every weekend, and I learned a lot from him. We were roommates at Team USA, and our friendship really started there, and we’re friends to this day. And that’s where that competitive edge starts”.

Both young men are New Jersey natives, though Haskins’ family moved to Maryland while he was in high school. Pickett went on to Pitt, while Haskins went to Ohio State after originally committing to Maryland. Unlike his former camp roommate, Haskins declared for the draft early. His career hasn’t entirely gone according to plan since then.

Of course, Pickett is hoping to have a different result to his career after finally having his breakout season in 2021 for the Panthers. He completed 334 of 497 pass attempts last season for 4,319 yards with 42 touchdowns to seven interceptions and a 165.3 quarterback rating.

Many analysts believe that he is the most NFL-ready quarterback in this draft class, comparing favorably in that regard to Malik Willis, Sam Howell, Carson Strong, Matt Corall, and Desmond Ridder. But teams drafting quarterbacks in the first round are looking long-term. How well will those football camps competing against Haskins and others pay off in the long run?