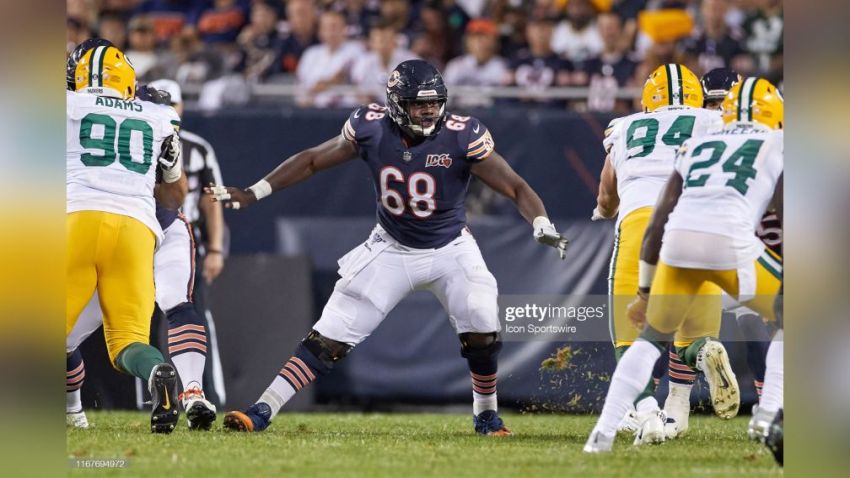 Shortly after the Pittsburgh Steelers signed interior offensive lineman James Daniels early in free agency, the move was lauded as a good one for the black and gold, who inked a 24-year-old with 48 career starts to a long-term deal, helping shore up a disastrous offensive line from just one season ago.

Once the contract details rolled in though on the Daniels signing, it became that much more clear how great a deal it was for the Steelers as Daniels signed a three-year, $26.5 million deal, giving the Steelers a legitimate building block along the interior of the offensive line, whether he moves back to center or lands at either guard spot moving forward.

The move was so well received both locally and nationally, but it continues to fly under the radar as more and more money gets thrown around across the league. However, Pro Football Focus’s Arjun Menon has not lost sight of how great a deal it was for the Steelers, calling it one of his four “team-friendly deals” in free agency so far this offseason.

“The Steelers getting Daniels for this value is an amazing move by GM Kevin Colbert in his final free agency before retirement,” Menon writes. “Daniels has experience playing both guard and center, which the Steelers might need to utilize, and has been a very reliable blocker each year of his career. He is a clear upgrade over Trai Turner, who started at RG last year, and is very young (only 24 years old at the time of signing).

“Only 33% of Daniels’ contract was guaranteed at signing, a surprisingly low figure. Fellow guard Austin Corbett got a whopping 74.7% of his deal guaranteed at signing despite being about a year and a half older than Daniels,” Menon added. “While I don’t anticipate the Steelers cutting Daniels, that low guarantee allows them to have more control over the player and whether or not they want to keep him on the roster post-2023.”

EZ look at the block by James Daniels against the Raiders he was asked about today #Steelers #NFL pic.twitter.com/WjRrNeKz4i

Daniels is easily an upgrade over Trai Turner, which the Steelers clearly set out to do early in free agency after essentially backing into the signing of Turner last season following the surprising release of David DeCastro due to injury. With Daniels, the Steelers landed one of the top interior offensive linemen on the market rather quickly in free agency, and for a relatively low cost overall, compared to some other deals on the market, like the Austin Corbett/Panthers deal that Menon mentions.

The 33% guarantee in Daniels’ contract shouldn’t be a surprise to Steelers fans, considering Pittsburgh rarely hands out significant guaranteed money, though they historically pay out contracts overall. Of course, the structure of the contract gives the Steelers an easy out after 2023, but that’s highly unlikely, considering Daniels is just 24 years old and the Steelers were uncharacteristically aggressive going and getting him during the legal tampering period in the NFL.