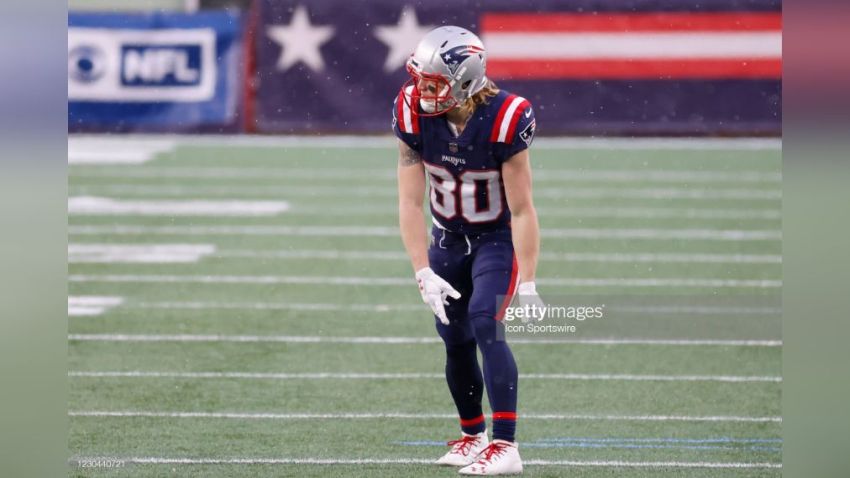 The Pittsburgh Steelers knew that they had to take action once they were outbid for the services of Ray-Ray McCloud, their return man for the past two seasons. They acted quickly, turning around and signing Gunner Olszewski, an All-Pro return man in 2020 for the New England Patriots, on a much more affordable deal.

McCloud developed into an offensive contributor during his two seasons with the Steelers, and one might expect that Kyle Shanahan will figure out ways to get him involved in the San Francisco 49ers offense. But the question is, can Olszewski do the same for his new team?

While he is a wide receiver, he was actually a cornerback in college. In fact, he was the Defensive Player of the Year in 2018 in the Northern Sun Intercollegiate Conference during his senior season, playing for the Division II Bemidji State Beavers in Minnesota.

It’s not a shock that he hasn’t been a big offensive weapon in the NFL. Nevertheless, he was asked about the possibility of throwing his hat into the ring in Matt Canada’s offense when he met with the Pittsburgh media for the first time yesterday.

Returning kicks is “what they brought me here for”, Olszewski said, “but we’ll see what happens. We haven’t talked much about Xs and Os, but I’m looking forward to just putting on the black and yellow and playing football no matter where that’s at, whether it’s at receiver or just returning kicks. Whatever I can do to help this team win ball games”.

The Steelers’ offense in recent years has become reliant upon short passes to agile playmakers who can shake defenders in space, with Diontae Johnson being at the top of that list. What the Steelers saw McCloud able to do on returns encouraged them to believe he could help on offense, as well. And Olszewski does believe he’s gotten more comfortable at the position since adopting it at the professional level.

“I learned a lot [in New England]. I played under a lot of good people”, he said about his adjustment to wide receiver. “The coaches were good. they taught me a lot. I think I progressed more than I did when I came in. I never played the receiver position before the 2019 season, so, obviously, I think I’ve gotten a whole lot better at it, and we’ll see where that goes”.

Olszewski has played 253 offensive snaps in his career so far over the past three seasons, with 66 coming last season. He has nine career receptions for 127 yards with one touchdown. He also has six rushes for 32 yards.

The Steelers recorded 27 rushing attempts by wide receivers and tight ends last season, with the most going to Chase Claypool, 14 of them. Diontae Johnson had another five. McCloud recorded six rushing attempts in his two seasons in Pittsburgh.

Could Olszewski contribute in the end-around, jet-sweep game for Pittsburgh as well? “I’ve gotten some jet sweeps before”, he acknowledged. “I think I’m able to do it. That’s questions for the coaches”, though, he added. “I’m just here to play football. We’ll see what spots they plug me in at”.