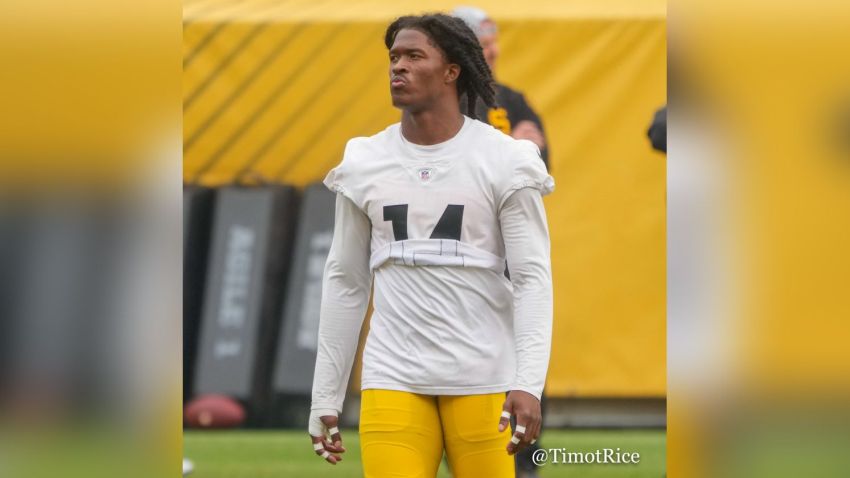 There are so many factors involve in being a professional football player, and there’s a big emphasis on professional. It’s hard to take care of business on the field if you’re not handling your business off of it, a lesson many young players learn the hard way. Many adjust and adapt. Many others don’t, and their careers sputter out.

Ray-Ray McCloud is one of countless young men who had to learn on the fly how to be a professional, and like many, many before him, he didn’t do it alone. There’s a lot of peer-to-peer mentoring that goes on unmentioned, between both active and former players, who just want to see others succeed, even avoid the mistakes that they made.

McCloud talked about his journey early in his career and why he bounced around before settling with the Pittsburgh Steelers the past two years, finally landing himself a nice little two-year contract last week as an unrestricted free agent with the San Francisco 49ers.

“I think in life, you go through growing pains. I came out of college early, and those were my growing pains, my first two years, just learning how to be professional off the field”, he said during his introductory press conference on Tuesday with the team.

“On the field, I felt like it was more—it was football, slowing the game down for myself. But off the field, I felt like, was for me where I needed to grow”, he added. “I got a mentor that came into my life and helped me change tremendously, and when I found a home, I told myself, ‘I’m gonna make this home’, and that’s what it was”.

Pittsburgh was ‘home’ for two years—or at least, a year and a half, as he first signed during training camp in 2020. He made the team, and spent the next two seasons growing his career, enough to earn a promising contract with a team that has a plan for how to use him. He credits those who helped guide him, one man in particular.

“My mentor was Leonard Johnson, a former NFL player. He was at the Bucs, Panthers, Patriots, and he finished his career at Arizona before getting injured. He played with Coach McDermott at the Panthers, and when he came to Buffalo…He said McDermott said, ‘There’s a kid on my team that has a lot of potential. Help him out’. And he kind of was watching me all camp, like, ‘Who is this dude who keeps watching me? He keeps eyeballing me’”.

Johnson eyeballed the rookie all through camp in 2018. McCloud says he ended up moving close to Johnson, even stayed at his house throughout that offseason. He taught him life principles, got him on a routine, a better diet, gave him books to read to better himself.

Now 25 years old, he has turned his passion into a career, and is making good money doing it, after bouncing around to different teams and finding his future in the NFL very much in jeopardy by the time he checked into Pittsburgh on August 21, 2020. A year and a half later, he has found the next place to call home, and perhaps the one that will stick for good.