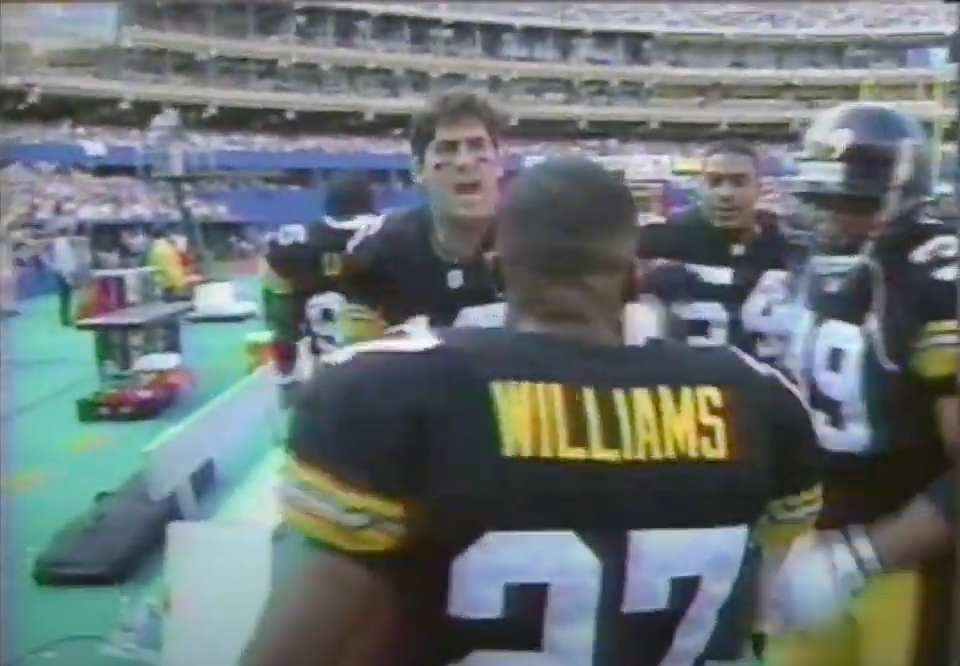 When you think back on some of the great defenses in Pittsburgh Steelers’ history, the 1995 Blitzburgh defense certainly has to be right up there with some of the teams from the 1970s dynasty and the 2008 Steelers’ defense.

Of course, the Blitzburgh era defenses didn’t win a Super Bowl, but there was quite a bit of talent there, and really helped put the Steelers back on the map as contenders under young head coach Bill Cowher. Names like Greg Lloyd, Kevin Greene, Levon Kirkland, Rod Woodson, and Carnell Lake stick out from that era, but there were certainly some unsung guys from that era that played major roles as well.

One of those guys was cornerback Willie Williams, a 1993 sixth-round draft pick out of Western Carolina that quietly developed into a solid starting cornerback with the Steelers, eventually carving out a 13-year career, spending two stints with the Steelers totaling seven years and one six-year stint with the Seattle Seahawks.

Williams, who retired from the NFL in 2005 after being released by the Steelers alongside Tommy Maddox, recently sat down with Stan Savran for Steelers.com’s Time Machine segment, discussing his journey in the NFL and his memories of the famed Blitzburgh defense, which helped transform his career overall.

After spending his first two seasons in 1993 and 1994, Williams was forced into the starting lineup in 1995 early in the Week 1 matchup against the Detroit Lions at Three Rivers Stadium following the season-ending injury to star cornerback Rod Woodson, who tore his ACL. Things didn’t go so well in that game for Williams, as Moore hauled in 10 passes for 131 yards and a score, though the Steelers did win the game 23-20.

Williams was ultimately benched after that game, but was then inserted back into the starting lineup against the Miami Dolphins in Week 3 and took off from there. That season, Williams recorded a career-best seven interceptions, returning one for a touchdown in Week 5 against the San Diego Chargers at Three Rivers Stadium off of Chargers’ quarterback Stan Humphries.

“I’m glad you brought that up, because that was in 1995, my first year being a starter. You talk about the seven interceptions, I always go back to my first game against the Lions. That’s when Rod Woodson got hurt, so I had to come in and start,” Williams told Savran, according to video via Steelers.com. “Herman Moore, that was the worst game I’d ever played in my life. I was feeling in the dumpster that game. Bill Cowher eventually benched me for the following game. … I went in with the attitude that if I got that opportunity as a starter, I’m not looking back.

“The Miami game, I went back in as a starter,” Williams added. “Ever since then, to look back, to get seven interceptions that year, it came from the pass rush because I knew if I could just have good coverage on the back end, three seconds that ball is coming out and I’ll be in good position to make an interception. I just ended up being in the right place at the right time.”

“It was very cool,” Williams said to Savran. “We knew what to expect from other teams, and we knew what we were going to see on Sundays. We always wanted to put pressure on the quarterback and make him get rid of the ball quick. You could see in the quarterback’s eyes that they were intimidated, which was good. Plus, you had Greg Lloyd and Kevin Greene on the outside, so you better get rid of the football.

“So we always went into the game thinking that, ‘ok, we’re going to put pressure on this offense and get the ball to our offense to win.'”

That Blitzburgh defense in ’95 certainly got the football to its offense a bunch, forcing 38 turnovers on the season, including 22 interceptions, led by Williams’ seven. Lloyd and Greene combined for 15.5 sacks, while Ray Seals added 8.5 and Chad Brown chipped in with 5.5 as the Steelers won 11 games that season, won the AFC Central and defeated the Buffalo Bills and Indianapolis Colts in the playoffs to reach the Super Bowl.

Though Williams left the Steelers after the 1996 season to sign with the Seattle Seahawks, the veteran cornerback eventually returned to the Steel City in 2004 and started 10 games that season, picking off one pass as the Steelers went 15-1 in Ben Roethlisberger’s rookie season, eventually losing at home to the New England Patriots in the AFC Championship Game at home.

Williams returned for the 2005 season and played in a more reserve role playing mostly on special teams. That season though, Williams and the Steelers won the Super Bowl, defeating Williams’ old team in the Seahawks, in Super Bowl XL, allowing his career to come full circle in the black and gold.