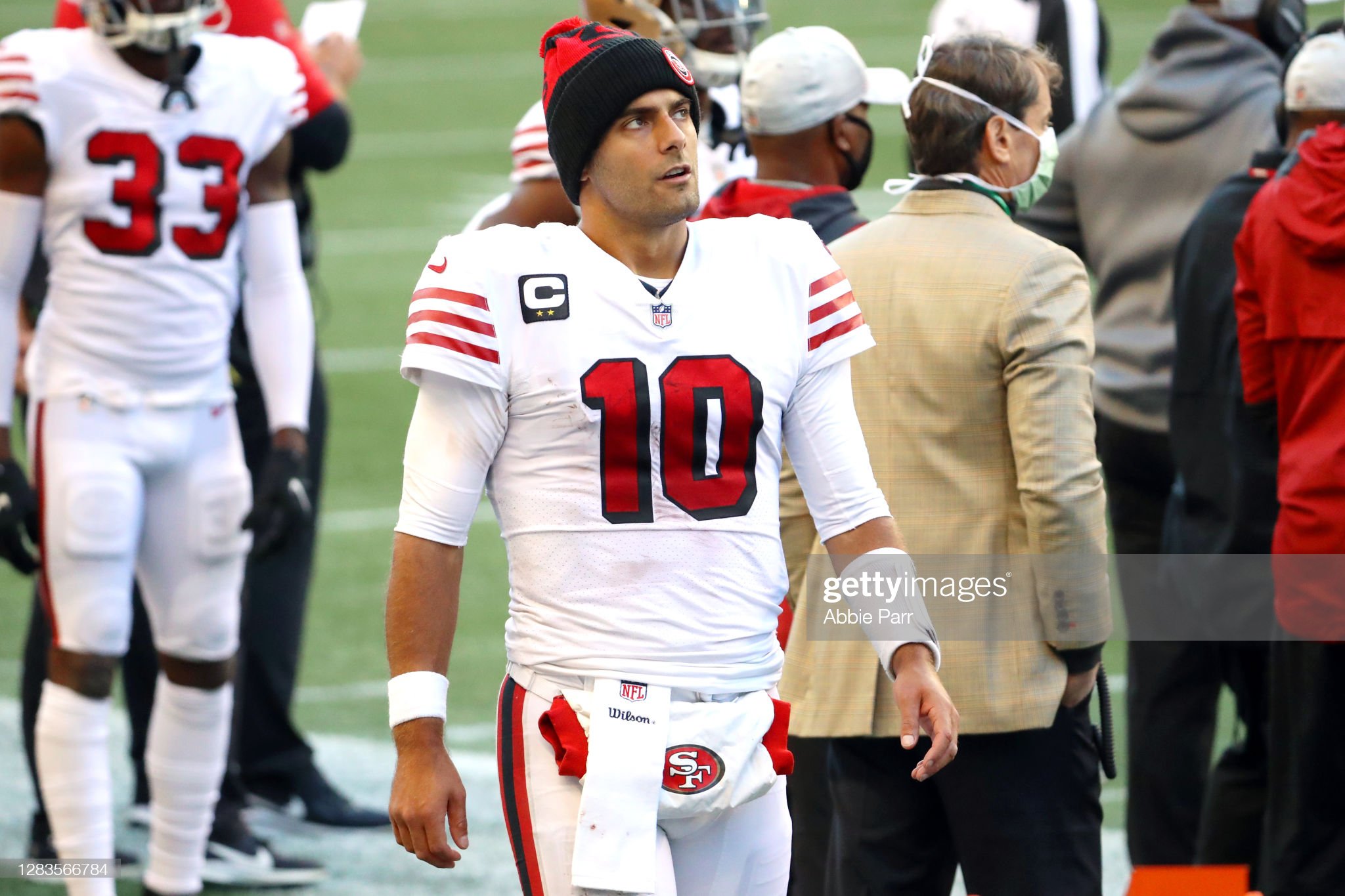 The Pittsburgh Steelers are certainly going to be active this offseason, that much is certain.

How active remains to be seen, but there’s some serious holes for the Steelers to fill ahead of the start of the 2022 regular season.

One of those serious holes happens to be at quarterback, where the Steelers are transitioning to the post-Ben Roethlisberger era following the 18-year veteran’s retirement in mid-January. Of course, plenty of names at quarterback have been bandied about for the Steelers so far this offseason, from the likes of rookies in Kenny Pickett, Malik Willis, Sam Howell, and Matt Corral, to free agents such as Jameis Winston, Mitchell Trubisky, Tyrod Taylor, Marcus Mariota, and Jacoby Brissett.

There’s even been plenty of trade speculation with the likes of Aaron Rodgers, Derek Carr, Russell Wilson, Jimmy Garoppolo, and Deshaun Watson. You name the available quarterback, the Steelers have probably been connected to them at some point this offseason, much to the exhaustion of the fan base.

So that’s why it was strange to see Football Outsiders, in partnership with ESPN, release its “outside the box,” bold” offseason predictions piece on Thursday, and have a very common move for the Steelers as their selection for “bold.”

From NFL Now: The #49ers trading QB Jimmy Garoppolo by the league year isn't impossible. But its very complicated. A detailed look at the timing… pic.twitter.com/HQxfwmioGm

It’s one you’ve seen over and over again. Of course, I’m talking about the Steelers potentially trading for Garoppolo, snagging him away from the San Francisco 49ers, which happened to be the prediction from FO’s Robert Weintraub.

“The Niners’ signal-caller is much better than his national perception would have you believe. Garoppolo was 10th in Football Outsiders’ DYAR (total value) metric in 2021 — higher than [Josh] Allen, [Joe] Burrow and Russell Wilson. Ask Kyle Shanahan (35-16 with Garoppolo at the helm, 8-28 without him, counting playoffs) about his value,” Weintraub writes. “Yes, he missed the bomb that might have won the Niners Super Bowl LIV. Yes, he is good for a couple of “what the heck was that??” throws per game. Yes, he isn’t as gifted as a Rodgers or a Matthew Stafford. What Garoppolo is is effective, clutch (the Niners were fifth in offensive DVOA in the second half of games and seventh in “late and close” situations), and better than either Mason Rudolph or Haskins, currently the Pittsburgh quarterbacks.

“Pittsburgh has some interesting young pieces on offense — Najee Harris, Pat Freiermuth, Diontae Johnson — who Garoppolo can make better. The offensive line, especially compared to what he had by the Bay (or more accurately, Silicon Valley), is a concern, but unlike Roethlisberger, who at the end had the mobility of a bank safe, Garoppolo is agile enough to somewhat mitigate the lack of talent up front. And with Mike Tomlin as his coach, he is guaranteed at least a .500 record,” Weintraub added. “After enjoying a decade and a half of Hall of Fame-level quarterback play, the Steelers found out how the other half lived over the last couple of seasons. Garoppolo is hardly prime Roethlisberger, but he should provide well above-average play at the position while Colbert’s successor hunts for Big Ben’s successor.”

For starters, this prediction is neither bold or outside of the box, considering it’s been recycled time and time again this offseason.

That said, it makes the some sense for the Steelers, even if Garoppolo’s contract is a bit inflated for 2022, and considering the fact he would need to be extended right away if the Steelers are making a move for him.

He’s a proven winner at the NFL level (take that for what it’s worth) and has quarterbacked the 49ers to the NFC Championship Game two of the last three years, appearing in one Super Bowl as well. Granted, he has struggled to make the big-time throws with the game on the line throughout his career, and is disastrous throwing off-platform or on the move.

But he is good in a structured system and could play well in a Matt Canada attack, and teammates seem to genuinely like the guy, so he could step into the locker room right away and provide leadership. Of course, Garoppolo is expected to undergo shoulder surgery in the coming weeks, which will sideline him for roughly 16 weeks, making for a rough transition to a new team and a new offense.

Jimmy Garoppolo is expected to have shoulder surgery that would sideline him until this summer, per @AdamSchefter pic.twitter.com/JeYKabQBMX

The real issue here is Football Outsiders pitching this as a bold move. Bold, at least to many covering the Steelers at this point in time, would be signing cornerback JC Jackson to the richest deal in position history, or trading a bunch of future picks for Aaron Rodgers and prying the championship window wide open once again.

Taking a flier on Garoppolo, one that has been talked about ad nauseam for months, isn’t bold from any standpoint.