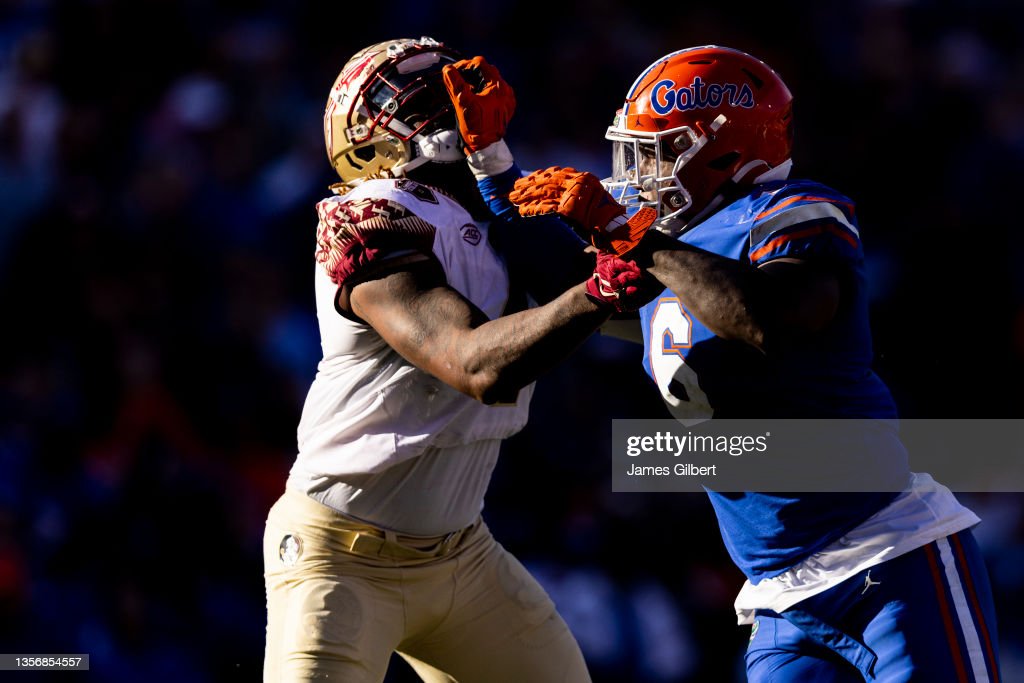 While I was at the NFL Combine a few weeks ago, I had the opportunity to interview several of the top prospects in this year’s draft class at each position. While the interviews in Indianapolis were my first exposure to a majority of the prospects face-to-face, there were several guys that I got to know well during my time with the University of Iowa and University of Florida Strength and Conditioning Departments.

There were several Gators at the Combine I had a chance to catch up with, including RB Dameon Pierce who I spoke to heavily at the Senior Bowl, and Jeremiah Moon who I shared a great moment with. Another guy I worked with all summer in 2018 that I got to interview was DL Zach Carter who didn’t recognize me initially. But once we got talking, he remembered back to those workouts four years ago.

JH: Hey Zach, how are you doing today?

ZC: It’s been good man, just a blessing to be here.

ZC: The interviews are going great. I have so e more today.

JH: Who are you talking to you today?

JH: Have you talked to Pittsburgh or do you plan to talk to the Steelers here?

ZC: Ya, I talked to the Steelers.

JH: Was that a formal sit down meeting or a meeting with just their D-Line coach?

ZC: Just a meeting with their D-Line coach.

JH: What do you think is your most ideal positional fit going into the league? Obviously, you can play a bunch of different positions up and down the line of scrimmage, but what would you say is your ideal fit based off of your time in Florida?

ZC: I feel like I’m a first and second down defensive end, obviously, and then move inside on third down on pass rush situations. I feel like if you put me on a guard, especially in past situations, there is a mismatch there.

JH: Zach, I don’t think you remember, but I was a part of the strength conditioning staff in 2018 and was one of the interns when Savage first came in during that summer. What do you think of the process of working with Savage and that strength staff, and how that made you a better football player as well as a better person during your time at UF?

JH: Talk a little bit about the process with the Senior Bowl and just your week down there in Mobile. What was it was like being able to put the pads back on in your first introduction to practice and some ups and downs you may have had and just how things went throughout the week.

ZC: Honestly, it was a great time. I always dreamed of being at the Senior Bowl and it was just good to be able to compete with the best of the best there because there was a lot of talent down there. In those practices, they were pretty physical practices you know? Everybody down there is trying to feed their family and everybody is trying to make that money so those practices were really intense.

ZC: I feel like the best guy I went up againt at the Senior Bowl was Penning from Northern Iowa. He’s a good player. He’s physical, man!

ZC: Ya man, he likes to finish plays like offensive linemen are supposed to do. And then on the season? I’d probably say Evan Neal.

JH: Who’s a guy or two now that’s at UF that we should be keeping an eye out either offense or defense the next couple years? Just like “Hey, this guy is gonna be a dog coming up here in the future.”

ZC: My little bro Princely (Umanmielen). Most definitely, and Justus Boone. He young, but he can play. Keep an eye out for him.

After finishing up talking to Zach, I walked away recognizing his growth and maturation as a man since I was there. He was a pretty quiet, reserved guy as a redshirt freshman, not saying a whole lot, but still worked hard and was receptive to coaching.

His conversation about his scheme fit at the next level matched up with my initial thoughts going in on him as well as my scouting report on him that will soon be coming to Steelers Depot, being that larger defensive end that can play on the edge as well as kick inside to rush against the guard on long down-and-distances. He has enough strength to hold the point of attack, but also enough quickness off the edge to shoot gaps inside or try and get the corner around the edge.

Carter saying that Penning was his toughest matchup in Mobile didn’t come as a surprise, as plenty of defenders recognized Penning as the most physical blocker at the Senior Bowl. The same goes for Neal with plenty of the other SEC pass rushers I interviewed. Both of their scouting profiles are up on the site for all of you to view.

As I mentioned in an earlier post, I had the opportunity by chance to meet up with Zach at St. Elmo Steakhouse after his workout to dine with him and catch up as friends. We talked about everything in detail on the week, including the interview process with specific teams, the workouts, the testing, and the medical checks. He was also kind enough to ask about my experience down in Indianapolis and Steelers Depot, and the work we do during the pre-draft process. 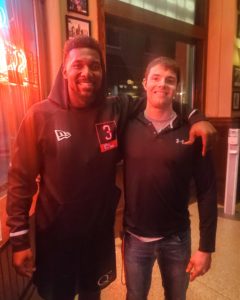 Zach may not be one of the biggest names in this defensive line class, but he definitely was one of my favorite interviews, not only because of my previous history working with him, but also from the way he was so sociable and open to answering questions. You could see his growth from the last time I saw him come out thanks to his coaching, as well as the positive impact Coach Savage had on him during his time at UF that every Florida player references.

It was great to have things come full circle with Zach, first as a strength coach, then from a media/scouting perspective, and then as a friend when it was all said and done. Wherever he goes, I’ll be rooting for him to get an opportunity to contribute soon and hopefully earn a starting job in the league to have all that hard work I have seen him put in behind the scenes come to fruition.