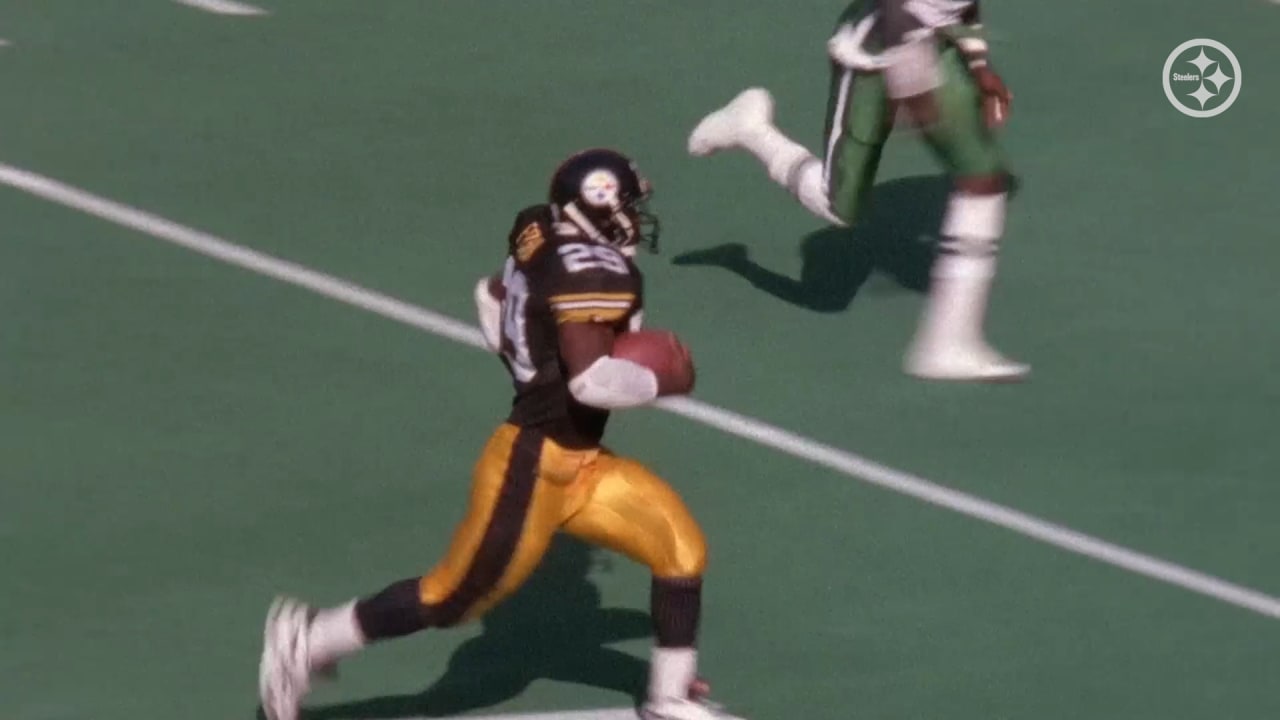 Right away in the 1992 season — which happened to be his third season in the NFL and first season as a starter with the Pittsburgh Steelers — Barry Foster showed just how special a season it was going to be in the Steelers’ 60th year of existence.

Foster, who ultimately went on to set the single-season franchise rushing record with 1,690 yards and 11 touchdowns on 390 carries and finished second in the NFL MVP voting that season, opened up the 1992 season with a bang, rushing for 107 yards and a touchdown on 26 carries in the season opener on the road against the Houston Oilers, a game which the Steelers won 29-24.

Riding high after a breakout performance — just his second career 100-yard performance of his career — Foster returned home to Three Rivers Stadium for a Week 2 matchup against the New York Jets, which happened to be Bill Cowher’s home debut as the Steelers’ head coach.

Thanks to Foster, Cowher’s home debut was a major success.

Foster, a fullback in college at Arkansas, had some serious wheels in space, gliding around the right end here the big gain. Check out Haselrig in space, and the job wide receiver Jeff Graham does on the boundary to seal off defenders and give Foster the corner.

In the second quarter Foster found the end zone for the first time, running behind terrific blocks from Merril Hoge, tight end Adrian Cooper and wide receiver Dwight Stone to find the end zone from 23 yards out.

Look at the way the right side of the line in Haselrig and Strzelczyk fold the Jets’ front down towards the football, opening up a massive lane for Foster to skip right through on his way to the end zone. What many Steelers’ fans would do to see that type of blocking in the trenches once again..

Tied 10-10 at the half due to a Michael Brim 77-yard pick-six of Neil O’Donnell (shocking, I know), and a 28-yard field goal from Gary Anderson, things remained tied into the fourth quarter when Foster stepped up once again.

Check out the contact balance and power early in the run to get through a would-be tackle for loss. From there, he has the speed to run away from everyone. I love the effort here from Strzelczyk completely turning the Jets’ defender around, and then Hoge downfield getting a push on the Jets’ defensive back to turn him around, giving Foster access to space.

Late in the game, it became the Foster show as the Steelers wore down the Jets’ front seven thanks to some punishing runs from Foster.

One-hundred and ninety yards later, Foster carried the Steelers to a win on the same day that O’Donnell completed just 11 passes and threw two interceptions, while the Steelers’ defense received a 65-yard pick-six from Larry Griffin off of Browning Nagle, who came into the game for a disgraced Ken O’Brien, who threw three interceptions in his first four pass attempts.

Of course, this performance against the Jets launched Foster on his way to an MVP-caliber year, one that is still held in high regard in Steelers’ history.