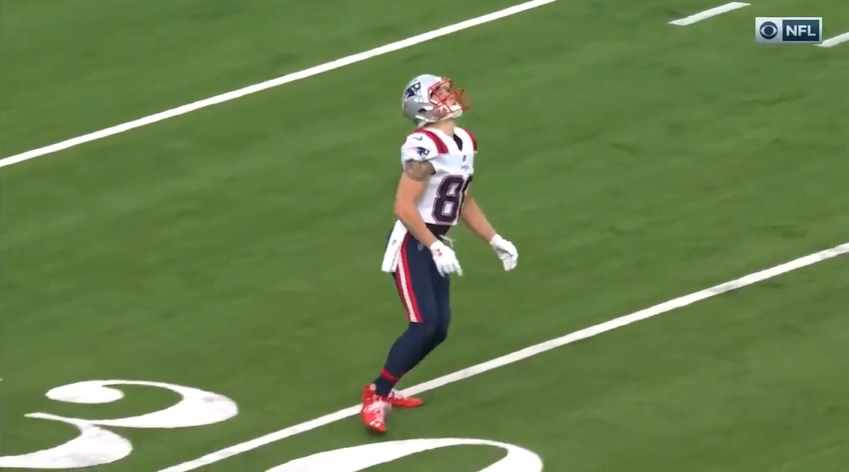 On Friday afternoon, the Pittsburgh Steelers announced that they were signing WR/PR/KR Gunner Olszewski to a two-year, 4.2-million-dollar deal. This move comes on the heels of WR Ray-Ray McCloud signing a two-year deal with the San Francisco 49ers worth $10 million. Last night Steelers Depot’s very own Alex Kozora looked into his crystal ball Thursday night, shooting his shot on Olszewski being the ideal McCloud replacement as the Steelers kick and punt returner. Kudos to you, Alex. You should take up being a part-time mystic during the time you aren’t crushing it on everything Steelers.

If I'm Pittsburgh, looking for that KR/PR role (hard to find players who do both), go get Gunner Olszewski. 25 years old, All-Pro in 2020. Healthy averages in kick and punt game this past year. #Steelers

Former #Patriots All-Pro kick returner Gunner Olszewski is headed to the #Steelers, source said. He gets a 2-year deal worth $4.2M, per @Rapsheet

Given the discrepancy in pay between Olszewski and McCloud, this is a clear win for Pittsburgh from a cap perspective alone. However, when you dive into Olszewski’s tape, you recognize that he brings more to the table from a return man aspect than what McCloud did during his time with the Steelers. Olszewski is one year removed from being a Pro Bowl and first team All-Pro as a return specialist returning 20 punts for 346 yards (17.3 YPR) and a TD along with 18 kick returns for 418 yards (23.2 YPR) in 2020. His numbers dipped in 2021 (11.9 YPR on punts, 23.1 YPR on kicks), but that doesn’t mean that he wasn’t effective.

When you watch Olszewski on punt return, you see a no-nonsense returner that shows no fear with gunners flying in at full speed to take his head off as he fields the punt or when he catches it and runs up field into the fire. He doesn’t mind taking on contact and will fight to get every yard possible at the end of the return when he has nowhere to go like we see on this return versus the Rams, catching the punt with a gunner right next to him and gets up field quickly, making one guy miss in space and runs through contact by several Rams for a successful return.

Here’s another return attempt from the same game as he fields the punt off the bounce and then takes off to his right, steeping up one man in pursuit as he cuts back to his left, showcasing good vision and elusiveness as a runner until eventually corralled by the punt coverage team.

He may only have run a reported 4.56 40 at his Pro Day, but you see his burst in the open field when he has the ball in his hands and has room to run. Here is his punt return touchdown in 2020 against the Chargers where he catches the punt and works toward the sideline until he sees a crease open up and shoots through the gap, evading the punter in space as he tightropes the sideline and gets into the end zone for the score.

He should’ve had another one in 2020 against the Cardinals if it wasn’t for a blindside block you will see here at the end of the play, but Olszewski again showcases his vision as a returner as he parts the Red Sea (both figuratively and literally) through the teeth of the punt coverage team, scooting into the end zone only to have the play called back due to a vicious block.

Kozora also mentioned when bringing up Olszewski as a potential McCloud replacement that he could be a valuable member to Danny Smith not only on return units, but also as a member on kick and punt coverage teams. He mentioned that this facet of his game may make him cost a little more on the open market, but luckily for Pittsburgh, it looks like they were able to sign him for a bargain price. Here is an example of Olszewski operating on kickoff as the man second from the right of the kicker, flying down the field and get blown up by a kick coverage man, but quickly gets up to make the tackle on the return man.

One of my former co-workers at Minnesota State University, Mankato actually had the privilege to coach Olszewski back when he was at Bemidji State, telling me he was an absolute freak with the ball in his hands at the D-II level, whether it be as a return specialist, a receiver, or as a runner. While he only has nine receptions on 12 targets for 127 yards (14.1 YPR) and a TD in three seasons as receiver, he isn’t a complete zero in the passing game if called upon. Watch this clutch reception Gunner Olszewski makes off the drop by #11 Julian Edelman, saving the ball from hitting the ground and gets up field for more yards on the heads-up play.

OC Matt Canada also gets another potential weapon to utilize on the jet sweep game like he did last year with McCloud as well as Chase Claypool and Diontae Johnson to add another aspect of the run game that defenses must account for. Watch this jet motion handoff to Olszewski where he gets the corner and nearly gets the first down before #1 N’Keal Harry loses his block.

Overall, signing Gunner Olszewski was the right corresponding move after letting McCloud walk in free agency. It was the right move given the financials involved, but the fact-of-the-matter is that Olszewski provides more as a kick and punt coverage man along with his proven production as a returner and the ability to be a break glass option on offense like McCloud was should Pittsburgh suffer injuries to the WR position ahead of him. ST Coordinator Danny Smith has to be happy adding a proven returner into the fold that can contribute on all special teams units, and for the price, GM Kevin Colbert strikes again this offseason when it comes to signing a young, underrated player on the open market.