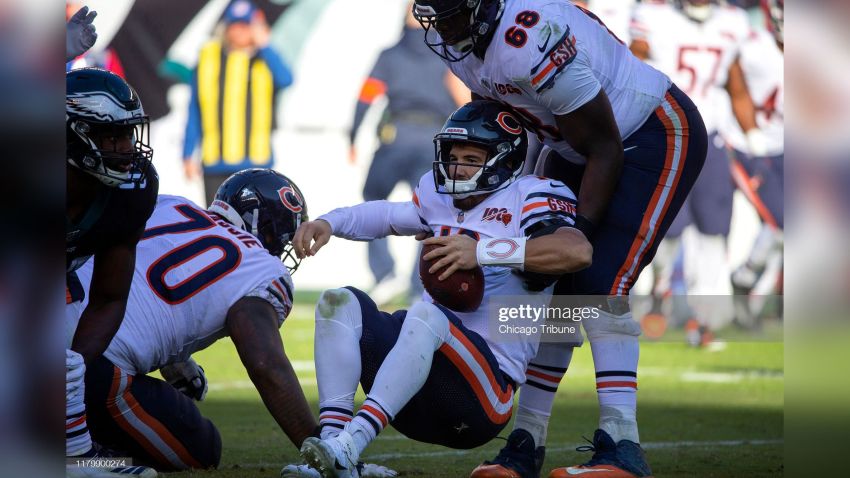 The official start of the new league year is not until this evening, which means that none of the contract numbers out there from inter-team transactions have actually happened yet, but barring the occasional snafu, we can generally assume that these agreements will turn into binding contracts in short order.

The Pittsburgh Steelers, suddenly comparatively flush with salary cap space, have been on a bit of a spending spree lately. Not only have they tendered three restricted free agents and re-signed four of their unrestricted, including Chukwuma Okorafor to a three-year deal worth nearly $10 million per season, they have already agreed to terms with four outside free agents.

The most notable was the first to come out, that being with former second overall pick quarterback Mitchell Trubisky. That was followed by two offensive linemen in Mason Cole and James Daniels, the latter being one of the highest-touted free agent guards of this class. Most recently, they added cornerback Levi Wallace to the fold.

ESPN has been tracking and grading the bigger deals as they come through, and at least so far, they have evaluated the free agent agreements that the Steelers have for Trubisky and Daniels, with rather different, but understandable, grades.

Jeremy Fowler gave the Steelers’ signing of Daniels, a plug-and-play starter somewhere along the interior offensive line, an A- grade, writing that though he is versatile, he’ll find a home at one position in Pittsburgh. He added:

Pittsburgh’s offensive line was subpar last season, and the front office had to address it. It has done so in a big way with Daniels, center/guard Mason Cole and re-signing tackle Chukwuma Okorafor. This takes the pressure off center Kendrick Green, last year’s third-round pick who struggled at times as a rookie. Pittsburgh has big plans for him, and now he’ll be supported by two quality guards plus third-year man Kevin Dotson. Cole can also play center if necessary.

Dan Graziano was less impressed with the Steelers’ signing of Trubisky, who can surely be referred to as a bust by now, at least during his initial phase. It’s still unlikely that Pittsburgh redeems his career and he establishes himself as a true long-term franchise quarterback. Graziano writes of the deal, in part:

The problem he had in Chicago was a lack of consistency, and after a year as a backup in Buffalo, there’s still no way to know if he has gotten that ironed out or can do so. I wouldn’t be surprised to see the Steelers still look at a QB relatively high up in the draft. But if the QB room stays the same between now and camp, it’s not out of the question that Rudolph could beat out Trubisky for the Steelers’ starting job.

But Trubisky gives them an intriguing option at the position, and if his year with Brian Daboll, Ken Dorsey and Josh Allen was as beneficial as many believe it might have been, it’s still possible the Steelers hit on something. It feels likely this is a low-risk deal for Pittsburgh.

The Steelers are not married to Trubisky, whom they signed to a two-year deal with a base value of $14.25 million, which could rise to $27 million via incentives that are probably not likely to be earned. Chances are high that he will start this year, but they can go right back to the drawing board in 2023—or even in the 2022 NFL Draft.