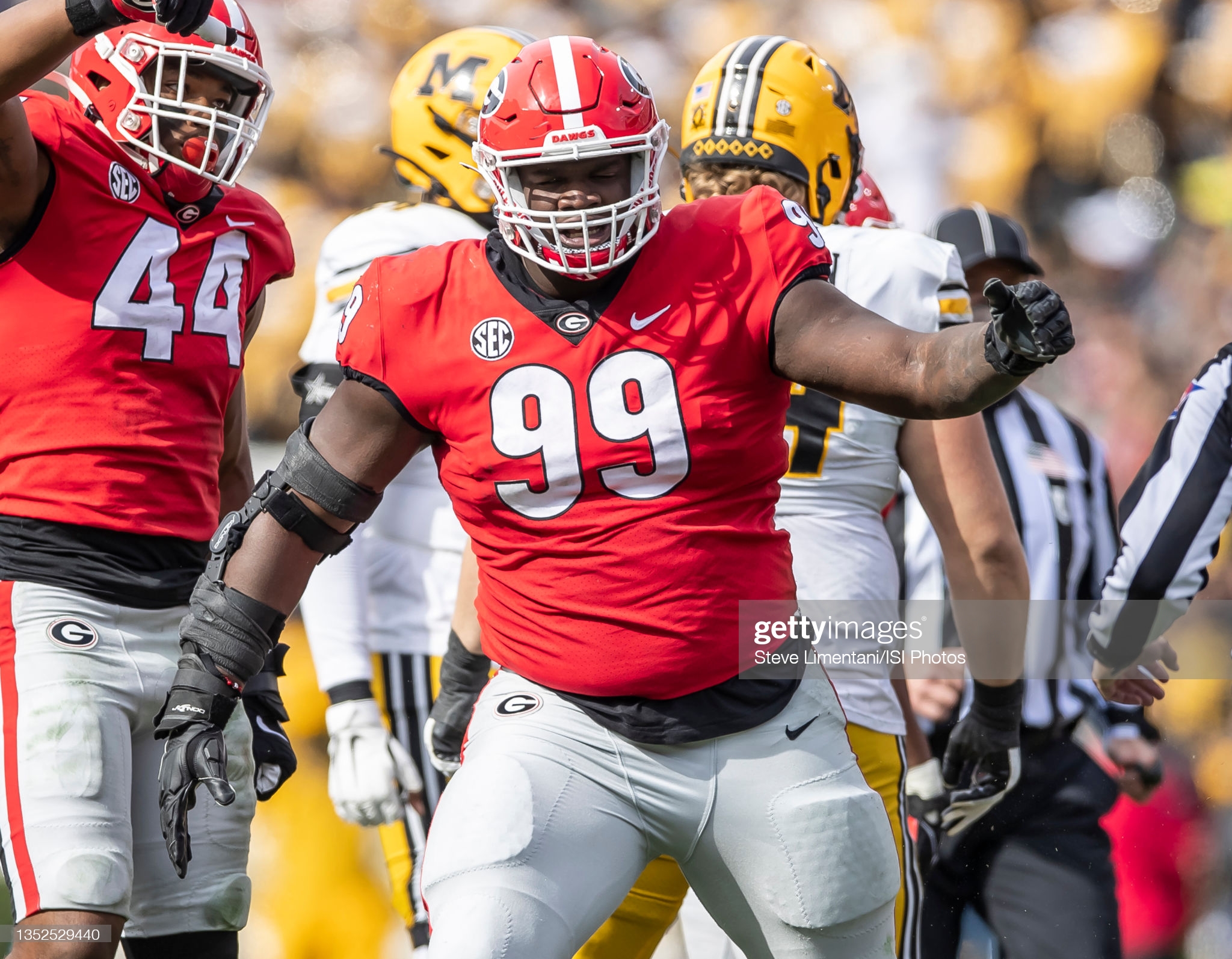 When it comes to the Pittsburgh Steelers and their thoughts on draft prospects, they will not hide their intentions whatsoever.

That is certainly the case so far in the Pro Day circuit as GM Kevin Colbert, head coach Mike Tomlin, senior defensive assistant/LB coach Brian Flores, and wide receivers coach Frisman Jackson were all in attendance in Athens Wednesday for the defending National Champions’ Pro Day.

The Steelers, according to a rumor, dined with Jordan Davis and Nakobe Dean Tuesday night in Athens, which falls in line historically with what they do with top prospects they’re interested in the night before a Pro Day. Davis, of course, is a hulking human that absolutely stole the show at the 2022 NFL Scouting Combine, putting up freakish numbers overall, including running a 4.78 40-yard dash at 341 pounds.

I do not not how true this is, but the UGA pro day is on Wednesday. Tomlin and Colbert will likely be there. This is from #Steelers @Reddit pic.twitter.com/YJbtbZuBtH

He’d look very nice in the middle of the Steelers’ defense, but despite the interest, Tomlin doubts that the planet theory prospect won’t be around at No. 20 overall for the Steelers to land him.

“I doubt it,” Tomlin said to SEC Network’s Matt Stinchcomb during a live portion of Georgia’s Pro Day. “You know, I think he may have hugged Roger Goodell by then.”

Talk about throwing cold water on a situation, Mike.

It’s likely spot on though from Tomlin, especially considering how freakish of an athlete Davis is, especially for that size. Men that big shouldn’t move that well, but Davis makes it look easy. Though he’s really only a two-down interior defensive lineman at this point, which raises questions about his overall value, some team is going to view him as a legitimate game-changer, which he is.

Hopefully he just avoids the AFC North if he goes before No. 20 overall.

Aside from Davis, the Steelers were paying close attention to Pickens, a big-play receiver who missed all but the National Championship Game due to a torn ACL in 2021. Pickens was put through positional drills by Jackson, and had Tomlin watching him like a hawk throughout the morning, which should throw a ton of gasoline on the speculation fire.