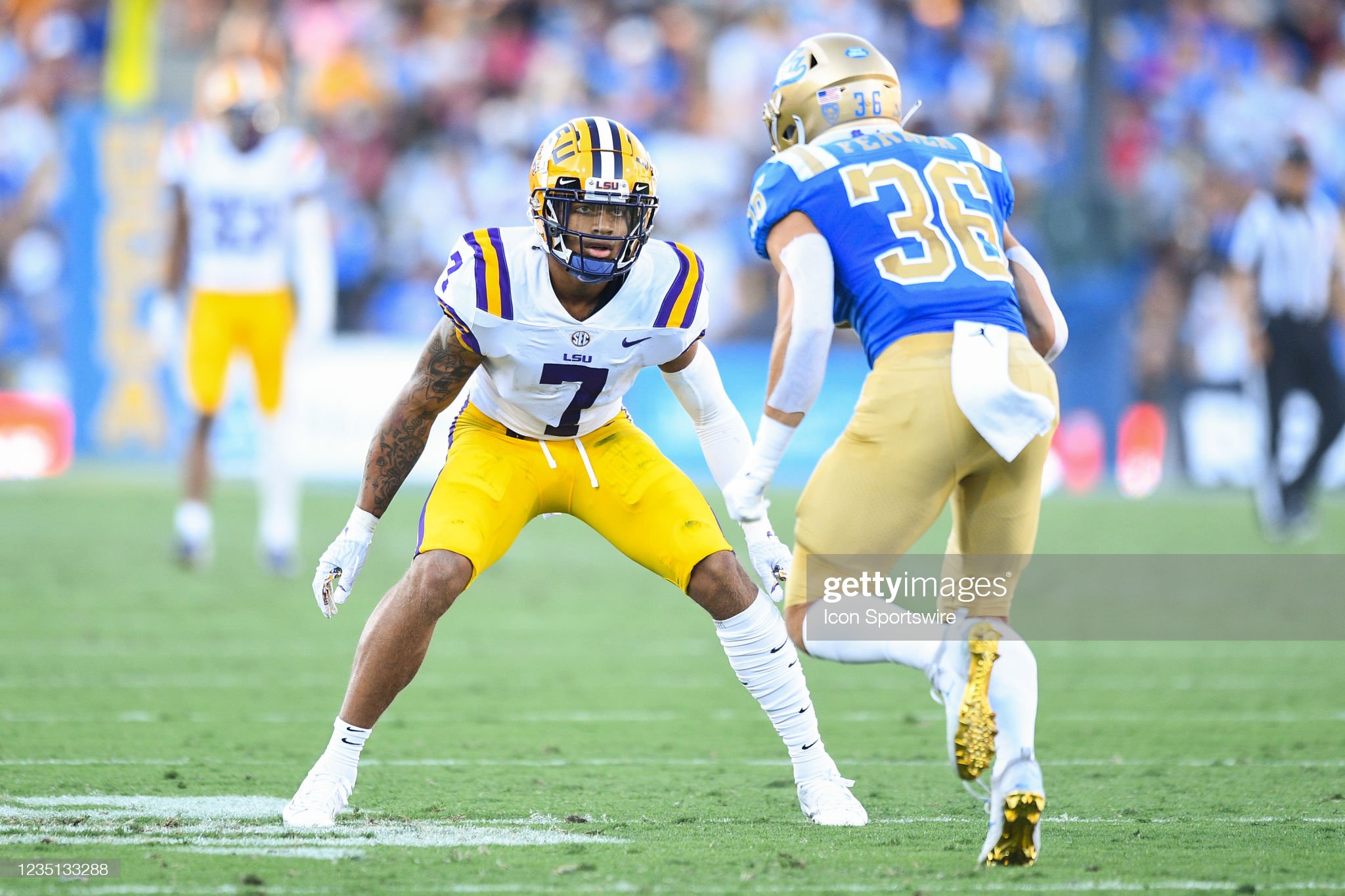 What if I told you QB Malik Willis was still on the board when the Pittsburgh Steelers were on the clock a #20?

What if I told you the Steelers still passed on him?

That’s what happens in NFL.com Daniel Jeremiah’s latest mock draft posted Tuesday afternoon. In fact, Jeremiah doesn’t have Willis going anywhere in the first round, a month after slotting him to Pittsburgh. Instead, he has the team selecting LSU corner Derek Stingley Jr., writing:

“This would be a fun fit in the Steelers’ secondary. When healthy and dialed in, Stingley is a top-five talent in this class.”

Stingley burst onto the college football scene early in his career and immediately became one of the game’s top corners. But the rest of his college career hasn’t been impressive, struggling with injuries and inconsistent play. He has the traits and talent to be a lockdown, #1 corner, but it’ll take good coaching to get it out of him.

In Dan Kitchen’s profile on Stingley, he wrote:

“He played at an All-American level, as a true freshman, at one of the biggest football schools in the country, and helped lead LSU to a National Championship. With his raw talent, ball skills, and athleticism, he brings a lot that makes you envision his being a true lockdown man coverage cornerback in the NFL from Week 1 of his rookie season…there is more upside here than with any defensive back in the class, but for Stingley to reach it, he has to become a more physical player who can stick to his man through break points on routes, and better defend those shorter passes like slants and outs that he was beat on in college. And, as much as anything else, he has to be able to stay on the field for a full 17 games.”

Pittsburgh re-signed Ahkello Witherspoon and added Levi Wallace to their cornerback room along with Cam Sutton to make up their top three. Witherspoon has the highest upside and coverage ability but even he isn’t in the elite class Stingley has the potential to be. So from a “need” standpoint, adding Stingley makes sense when you’re facing Ja’Marr Chase twice a year.

Still, it’s hard seeing the team pass on a guy like Willis for any corner, though I imagine this article was written prior to Willis’ impressive Pro Day performance. In this mock, Pitt’s Kenny Pickett did come off the board two spots ahead at #18 so he wasn’t an option for the Steelers. He was the only QB to be selected in Jeremiah’s latest mock.

Given his upside and traits, it’s hard to see Willis falling out of the first round entirely. At the least, someone will trade up into round one to get him just as the Baltimore Ravens did at #32 several years ago. But given the need, talent, and the Steelers’ interest, it’s difficult to believe the team will pass on Willis if he falls all the way to #20. And I’m betting Willis will appear in the first round of Jeremiah’s April mock draft.

Elsewhere, he was Michigan DE Aidan Hutchinson as the #1 overall pick to the Jacksonville Jaguars with Georgia DL Travon Walker going second. The first offensive play isn’t selected until #5 with the New York Giants grabbing NC State OT Ickey Ekwonu. Georgia LB Nakobe Dean rounds out the first round, going, #32 to the Detroit Lions, who acquired the pick from the Rams last year as part of the Matthew Stafford trade.

Check out our full report on Stingley below.