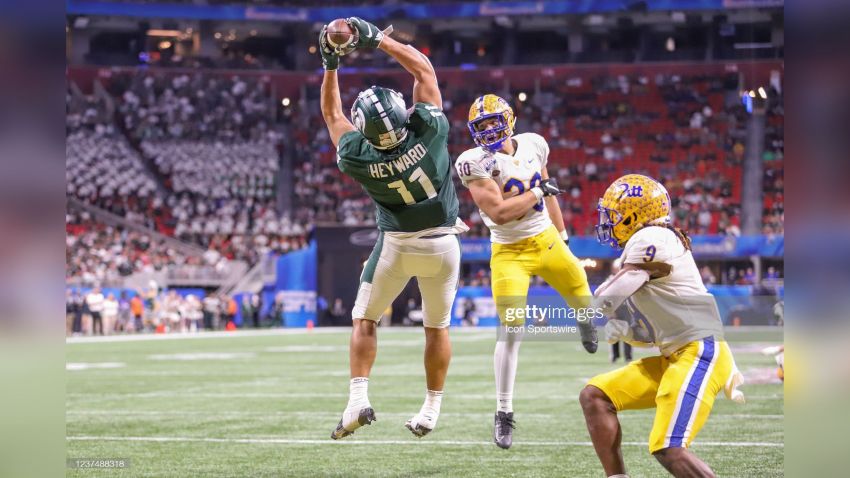 Multi-generational football families are far from rare, nor even it is an anomaly to have consecutive generations rise to the highest level of the profession by reaching the NFL. There are numerous examples of that throughout history. The Pittsburgh Steelers employ two sons of a former Pro Bowl tight end, Ferrell Edmunds, whose two oldest sons, Trey and Terrell, have been in the league for five and four years, respectively.

Then there is Cameron Heyward, a five-time Pro Bowler for the Steelers, the son of Craig “Ironhead” Heyward. Though he never played for the Steelers, he was a Pitt Panthers legend, in addition to being a quality professional for multiple organizations. And Cam’s younger brother, Connor, would love to continue his family’s legacy in the NFL, even at a fraction of the notoriety.

“He was a hell of a player – everybody always reminds me of that when they find out I’m Ironhead’s son”, the younger Heyward told reporters yesterday while addressing the media at the NFL Scouting Combine, via D. Orlando Ledbetter of The Atlanta Journal-Constitution. “Hopefully I can be half the man and half the player he was”.

Connor played five seasons for the Michigan State Spartans, completing his senior season in 2021 with 35 receptions for 326 yards and two touchdowns. For his career, he has 96 receptions for 711 yards and six touchdowns as a tight end and running back for the Spartans, in addition for 211 rushing attempts for 825 yards and five more scores.

Officially listed at 6’0”, 230 points, Heyward is obviously undersized for the tight end position at the NFL level on the average, and he acknowledged to reporters that he understands how important special teams will be to his future. He also said that he has done workouts at fullback for teams.

The last time he was on the field, on December 30, he helped his team beat his father’s alma mater, 31-31, during the Chik-fil-A Peach Bowl. He caught five passes for 37 yards, including a nifty 15-yard touchdown reception, to help complete the Spartans’ 11-2 season. It should be noted, of course, that the Panthers’ Kenny Pickett, a potential first-round draft pick, did not play in that game.

While Connor would naturally love to have the opportunity to play in Pittsburgh with his brother, he knows it’s a wide open league, and he would be happy and willing to play in any city that will have him. Provided that teams can overlook conventional metrics, they will certainly be aware that they are drafting a true football player.