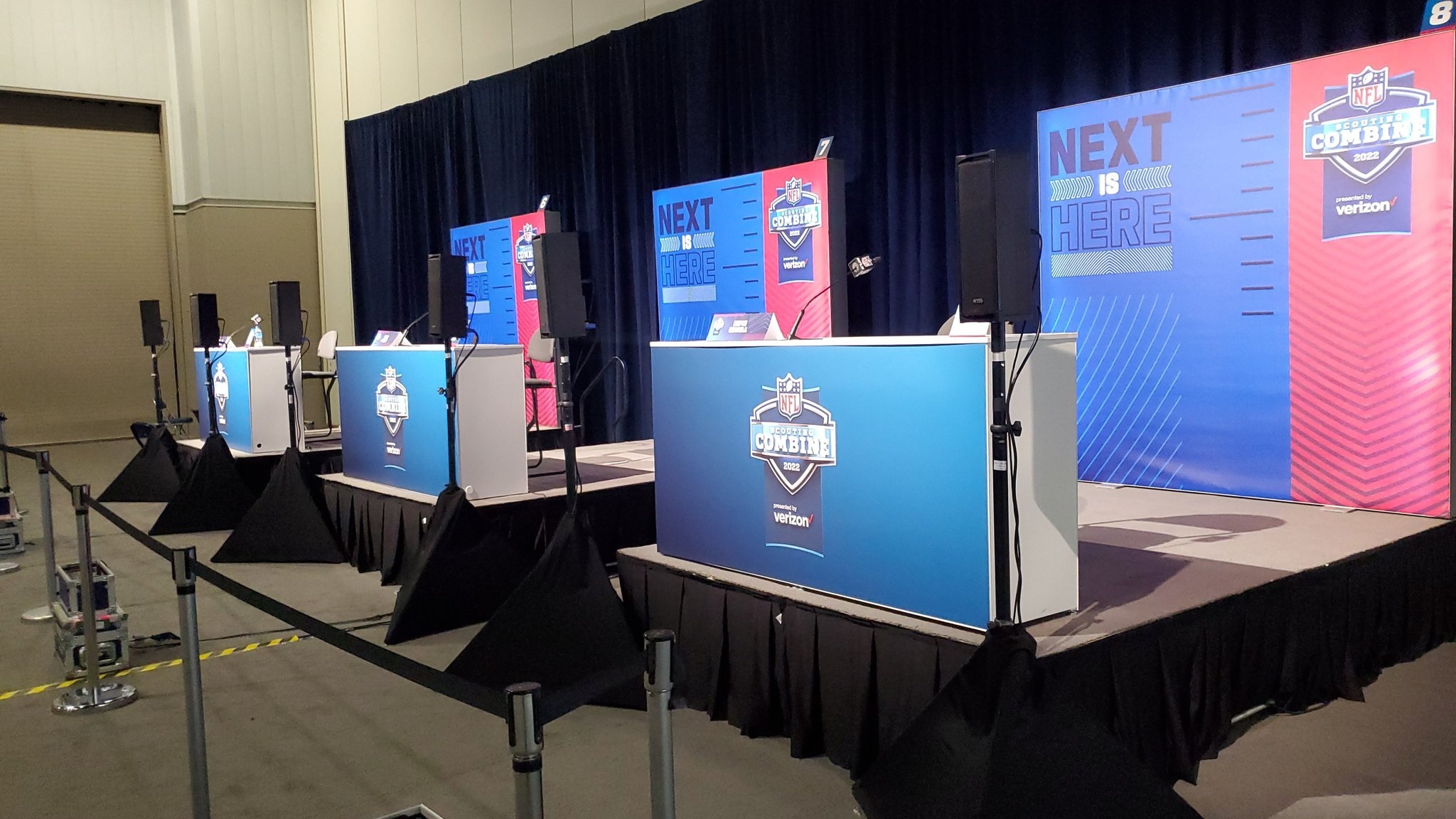 Being here at the 2022 NFL Combine has quite frankly been some of the best days of my young professional life. I have had the opportunity to connect and network with so many different media analysts, former players, coaches, executives, and draft prospects. I got to share a long conversation with former Steelers LT Max Starks, discussing offensive line prospects in this draft class as well as the current state of the Pittsburgh Steelers offensive line and his experiences back playing with a younger Ben Roethlisberger.

I got to sit in on a formal dinner which included Adam Schefter who mentioned that he would be breaking a story shortly involving the Pittsburgh Steelers which ended up being the report that ESPN’s Louis Riddick had conducted his interview with the Steelers here in Indianapolis for the GM position.

I got to talk to some of the top QB prospects, finding out that they had formal meetings with the Steelers higher-ups and that they would laud the opportunity to succeed a HOF in Ben Roethlisberger as the heir at QB and potential next face of the franchise.

While these, and so many more experiences stick out to me, one distinct thing that has resonated with be here in Indianapolis was the opportunity to connect with the players, more specifically, the guys I coached at the University of Florida on their strength and conditioning staff.

I randomly saw RB Dameon Pierce in the hallway yesterday afternoon, chowing down on a bowl of Chipotle before heading over to do his medical check and then interviews to follow. I sat down next to him and talked life, reminiscing on Coach Nick Savage who called him last night prior to the interviews and the workout. We also talked about Coach Akenberger and his famous bacon and cheese-filled “AkenBergers” and how they were so delicious but also a potential cause for onset cholesterol problems.

Dameon Pierce Interview: ‘I’m Here To Prove Myself To Teams’

I asked him about the process and if he was good, and he really filled me in on everything. He and I dabbed up, wishing each other the best of luck moving forward before he ended up taking the podium, knowing that there wasn’t really a question I could ask him I didn’t already know.

Today, I got the opportunity to interview DL Zach Carter and LB Jeremiah Moon. I mentioned to Carter that I worked with him back in 2018 right as we started asking questions, and his eyes lit up and immediately asked if things were good. We caught up about the rest of the guys, again say that Savage contacted him too the other night “telling me that he loved me” and he proceeded to take priority on every question I asked him. I will have a full transcription going up soon for Steelers Depot between me and Carter.

Florida DE Zachary Carter (@Zachattacks_) is going to be a really good 3-4 DE at the next level. Few players have his combination of length and first step from the interior. Can also play 4-3 DE and kick inside on 3rd downs. Teams will love his versatility.#NFLDraft #DraftTwitter pic.twitter.com/kAsygXXoy5

When I approached Moon, he was on a side table, just chilling on his phone. When I went up to him I asked, “Jeremiah, you remember me? I was back with you boys at UF in 2018 with J.O., Harp, and all those guys under Savage!” Moon immediately stood up, left the table, and exited the interview podium to come in and give me a bro hug amidst the rest of the media in attendance. The crew member asked, “How do you know this guy?”

Moon responded, “Bro, he was with us down in Gainesville. Once a Gator, always a Gator. We family.”

Family. That word resonated with me more than anyone could have known. Down at Florida, every time we broke out of a training session or a run, the players would get together and break it down on three, yelling “Family.” For Moon to recognize that and to include someone that was an unpaid intern at the time meant the world to me. With the Gators, it was a tightly knit atmosphere where it was tough love at times (believe me, I got some stories about that), but everyone had each others’ backs like a family would. They embraced the mindset that it was “our family against yours” on the football field, and our family ain’t about losing.

Moon proceeded to talk to me for the next ten minutes away from the podium in the middle of the media crowd, just casually catching up with one another. He too talked about his love for Savage as a coach and how Savage returned that to him as he did for the other guys he called. We did talk some Steelers stuff, saying that he really liked the informal meeting he had with Coach Dunbar and how he’d fit their scheme as a standup 3-4 outside backer where he could rush the passer, drop into coverage, and play well against the run. An athletic freak with impressive size and length, Moon is a guy that didn’t break out in college, but has all the tools to be a quality player at the next level.

I have always dreamed of becoming a professional scout on day. However, being from a small farm town in Iowa, I knew that I had to take a different route to get connected in with the biggest programs in college and professional football, so I ran with strength and conditioning, having a strong background there and a passion for sport performance. That took me to the University of Arkansas, the University of Iowa, and the University of Florida where I got to work with and know all of these guys as athletes, football players, but also as young men.

To now be here scouting and evaluating them truly has brought everything full-circle for me, seeing some of them come in as true freshmen now on the doorstep of moving on from college to the pros. I left Florida four years ago, but the fact that Pierce, Carter, and Moon not only recognized me, but brought me in as one of their own really speaks to that nature of brotherhood that was instilled there. Their love for their coaches as well as one another cannot be questioned, and that speaks to their maturity and growth during their time there.

The NFL Combine has been a dream-come-true for a kid that was once glued to the TV watching every single 40 or position rep. However, coming full-circle with the guys from UF as a strength coach and now as a media/draft analyst will be a memory that I will never forget.