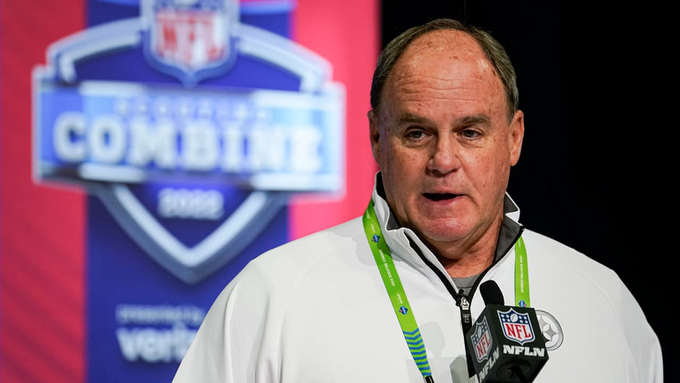 Less than a year after signing All-Pro pass rusher and future Defensive Player of the Year T.J. Watt to the largest contract in NFL history for a defensive player, the Pittsburgh Steelers and General Manager Kevin Colbert find themselves in a similar situation with star safety Minkah Fitzpatrick.

Fitzpatrick, a two-time All-Pro safety in his own right, is due for a lucrative contract extension this offseason as he heads into the fifth and final year of his rookie contract, which is set to pay him $10.612 million as part of the fifth-year option the Steelers picked up last year.

Typically, the Steelers like to extend key guys on their fifth-year option prior to entering that fifth year, much like they just did with Watt, and have done with David DeCastro in the past after the fifth-year option became available to teams beginning with players selected in the 2011 NFL Draft as part of a CBA change.

Speaking with the media Tuesday at Lucas Oil Stadium in Indianapolis for the start of the 2022 NFL Scouting Combine, Colbert was asked by Steelers Depot’s Jonathan Heitritter about the possibility of an extension for Fitzpatrick, which is typically believed to be a foregone conclusion.

Colbert backed that up with his answer, but stated that Fitzpatrick’s contract situation would be addressed at the right time after the draft.

“Minkah is a great player and we would love to keep him here,” Colbert said, according to audio provided by Heitritter. “However, we’ll address his contract status at the right time after the draft.”

Asked Colbert about a Minkah Fitzpatrick extension and the possibility of a potential "hold in" during traing camp. He smirked and said, "Minkah is a great player and we would love to keep him here. However, we'll address his contract status at the right time after the draft."

That’s pretty much the standard means of business operations from the Steelers and Colbert, who are focused heavily on free agency and the 2022 NFL Draft at this time, rather than those players already under contract in Pittsburgh for the time being.

There shouldn’t be a doubt in anyone’s mind regarding Fitzpatrick’s future in Pittsburgh. He’s a staple of the Steelers’ defense and what they want to do moving forward under Mike Tomlin and Teryl Austin, and they’ll pay him as such, likely making him one of the highest paid safeties in the NFL, depending on how much Cincinnati’s Jessie Bates gets as a free agent in mid-March.

Fitzpatrick could take a similar approach Watt did, utilizing a “hold-in” of sorts during training camp, keeping himself out of team drills to avoid injuries while negotiations carried on regarding his extension. That seems to be the best approach for all parties involved as they work towards an inevitable conclusion.