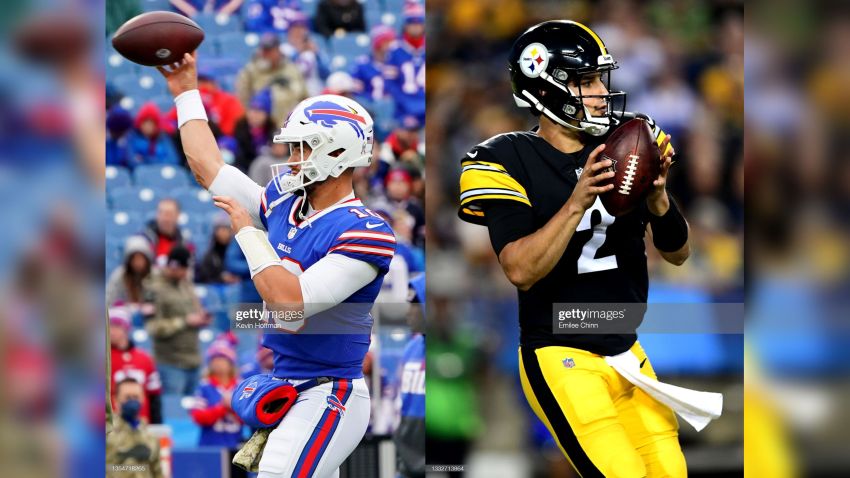 The Pittsburgh Steelers adding a significant name to the quarterback room this offseason has been a foregone conclusion since—probably Day 2 of the 2021 NFL Draft. Everybody knew that Ben Roethlisberger was going to retire. Nobody was expecting Mason Rudolph or Dwayne Haskins to develop into a franchise quarterback.

We have had Steelers players talking about the quarterback position throughout the offseason, and it was clear to all of them how things would go—at a bare minimum, somebody significant was going to be brought in who would have an excellent chance of being the starter, if not being guaranteed the job. Even Cameron Heyward acknowledged this reality, and commented on the (pending) signing of Mitchell Trubisky last night, jumping on the Move the Sticks podcast with Daniel Jeremiah and Bucky Brooks:

Excited. I don’t know what this all entails, but we’re gonna have a competition at the quarterback position. You know, you have a guy like Dwayne Haskins, who paid his dues last year. Mason’s been in waiting. Got to play one game as well. But then you bring in another guy in the mix. Had a year in Buffalo where he didn’t play much. But all three guys are capable of winning and they’ve won games in the NFL. So, we’re going to have ourselves some really good competition going forward and we’ll see who comes out to be the best.

Trubisky, a former second overall pick, is by far the most experienced quarterback on the roster. He has a 29-21 record as a starter, has thrown for more than 10,000 yards, and had a 64-to-37 touchdown-to-interception ratio during his four years with the Chicago Bears. He hardly played last season as Josh Allen’s backup with the Buffalo Bills.

Still, it’s hard for me to imagine that there will be serious competition from the other quarterbacks currently on the 53-man roster for the starting job, even though that is how the Steelers will frame it throughout the offseason. It remains to be seen if they will also draft a quarterback, which would likely knock Haskins out of the picture—and off the roster.

The Steelers drafted Rudolph in the third round in 2018, and at the time, they went on record as saying that they had him graded in the same group of quarterbacks that went in the first round, which included Allen, as well as Lamar Jackson (and Josh Rosen and Sam Darnold—and Baker Mayfield). He is 5-4-1 as a starter, with 2,366 passing yards, 16 touchdowns, and 11 interceptions.

As for Dwayne Haskins, he was drafted 15th overall in 2019 by the team that has changed its name twice since then, now known as the Washington Commanders. He went 3-10 in 13 starts during his two years in Washington, throwing 12 touchdowns to 14 interceptions.

Rudolph served as Roethlisberger’s backup in 2021, starting one game, a tie, during which he went 30-for-50 for 242 yards with a touchdown and an interception. Haskins was the Steelers’ number three quarterback all year, and spent the season inactive aside from the one game Rudolph started.

In Buffalo Trubisky only saw the field enough to attempt eight passes, completing six for 75 yards, but he also had a bad interception. He started nine games for the Bears in 2020, going 6-3 with twice as many touchdowns as interceptions.