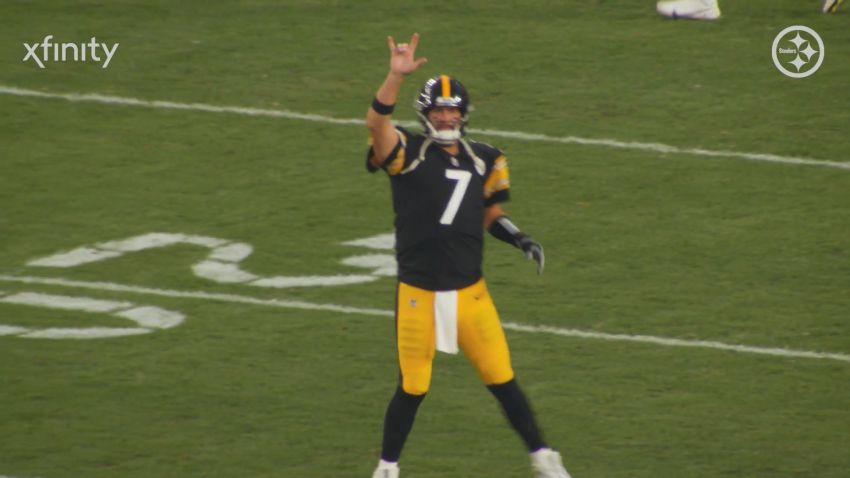 Pittsburgh Steelers quarterback Ben Roethlisberger announced his retirement from the NFL earlier this offseason after 18 years. He left a lasting legacy that included two Super Bowl trophies—both of which came early in his career. In fact, he remains the youngest quarterback to ever win a Super Bowl.

Reflecting for a moment during an appearance on the Sports Spectrum with Jason Romano, he realizes now that it all wasn’t necessarily a good thing for him, personally, and he acknowledged that adapting to that early success as an individual did not come easily.

“Not very well, looking back on it”, he told Romano, when asked how he was able to handle it. “At the time, I probably felt everything was fine. I got this persona, if you will, this ‘Big Ben’, the nickname that I got—and I still have it—but, that’s an on-the-field thing, and I kind of took it off the field, and didn’t leave it there, early in my career, which I was able to do later in my career”.

6’5” and around 240 pounds, there’s a reason Roethlisberger was called Big Ben. And it wasn’t just because of his appearance, nor just because of the way that he played, shoving off defenders, but also because of his ability to step up and lead his team. But that was Big Ben on the field, where he was supposed to stay.

“I’m like, ‘No, I’m just Ben’. People come up to me at a restaurant or something, ‘Oh, Big Ben!’. ‘No, just Ben. Nice to meet you’”, Roethlisberger said of how he handles it now. “It’s easy when you have that success to take that off the field, and live larger than life, and have those feelings inside you, and like I said, put your faith on the backburner”.

While he has built a healthier relationship with his past success and his public persona, however, he still appreciates—indeed, does so more than ever—the opportunity to allow his celebrity to make someone’s day. It’s a responsibility he doesn’t take for granted, an important reminder when it feels like a burden.

“I was told early on, if you aren’t in the mood for it, don’t leave your house”, he said. “I’ve enjoyed it more, honestly, as I’ve gotten older, because I love seeing little kids come up and ask for autographs and pictures, and I think that’s what this is about, and it’s a privilege, what we’ve been given”.

Perhaps it is in part because Roethlisberger was once one of those little kids, looking up to players like John Elway. Now he has his own children, and they wear the jerseys of their dad’s former teammates—though, he says, it was always No. 7 on gameday.

Roethlisberger is moving on with his life’s work, but his former team must now search for his replacement. One thing we can say for sure is that there will only be one ‘Big Ben’. But there will always be another guy.