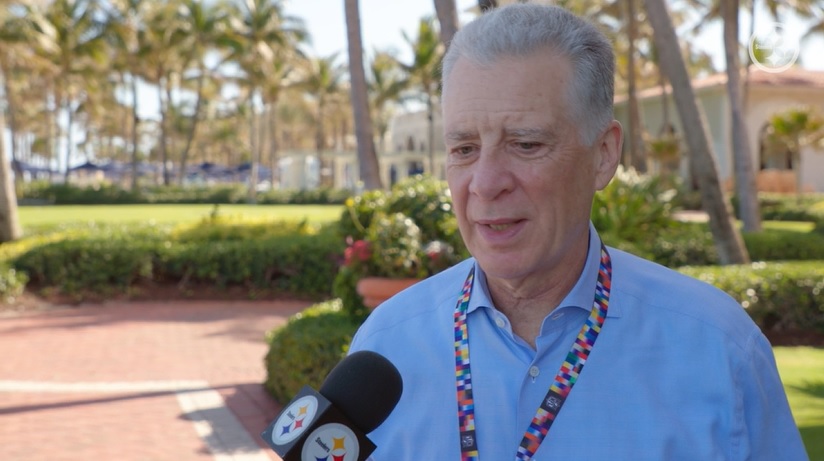 Art Rooney II and the Pittsburgh Steelers were one of 29 teams who voted to pass the NFL’s new overtime rules, allowing both teams at least one possession before declaring a winner. But in speaking with Steelers.com’s Teresa Varley, Rooney admitted he was glad to see the regular season rules stay the same.

Rooney told Varley the postseason alteration was a compromise between the owners.

“On the football front, we were able to pass the overtime rule, which we were in favor of something and glad something got done,” Rooney said via the team website in a conversation he had with Missi Matthews.

Previous overtime rules meant that if the team who won the coin toss found the end zone on their first possession, the game was over. It’s what happened in last year’s playoff game between the Kansas City Chiefs and Buffalo Bills, the impetus for today’s rule change.

Only three teams, Miami, Cincinnati, and Minnesota voted against the overtime proposal.

Rooney shed more light on the discussion, noting that some owners wanted to keep regular season and postseason rules the same. Meaning, either make the equal-possessions rule applicable in overtime and the regular season or don’t change either.

This change may alter the decisions teams make as to whether or not they want to receive the ball should they win the coin toss. Under the old rules, taking the ball was a no-brainer. With both teams guaranteed possession, there could be more strategy, similar to college football where most teams defer the first possession of overtime. This allows teams to “know what they need” if they get the ball second.

It remains to be seen if the NFL will flip the regular season overtime rule in the future. While there’s more reluctance to it, including by Rooney, it’s possible the league will make the change several years from now. The concern in the regular season is another increase of potential ties, which are already on the rise following the league’s 2010 (field goal doesn’t end the game) and 2017 (OT periods reduced from 15 to 10 minutes) rule changes.

Giving both teams at least one possession would increase the likelihood of ties. Pittsburgh has found itself on that end multiple times in recent years, including in 2021 against the Detroit Lions.